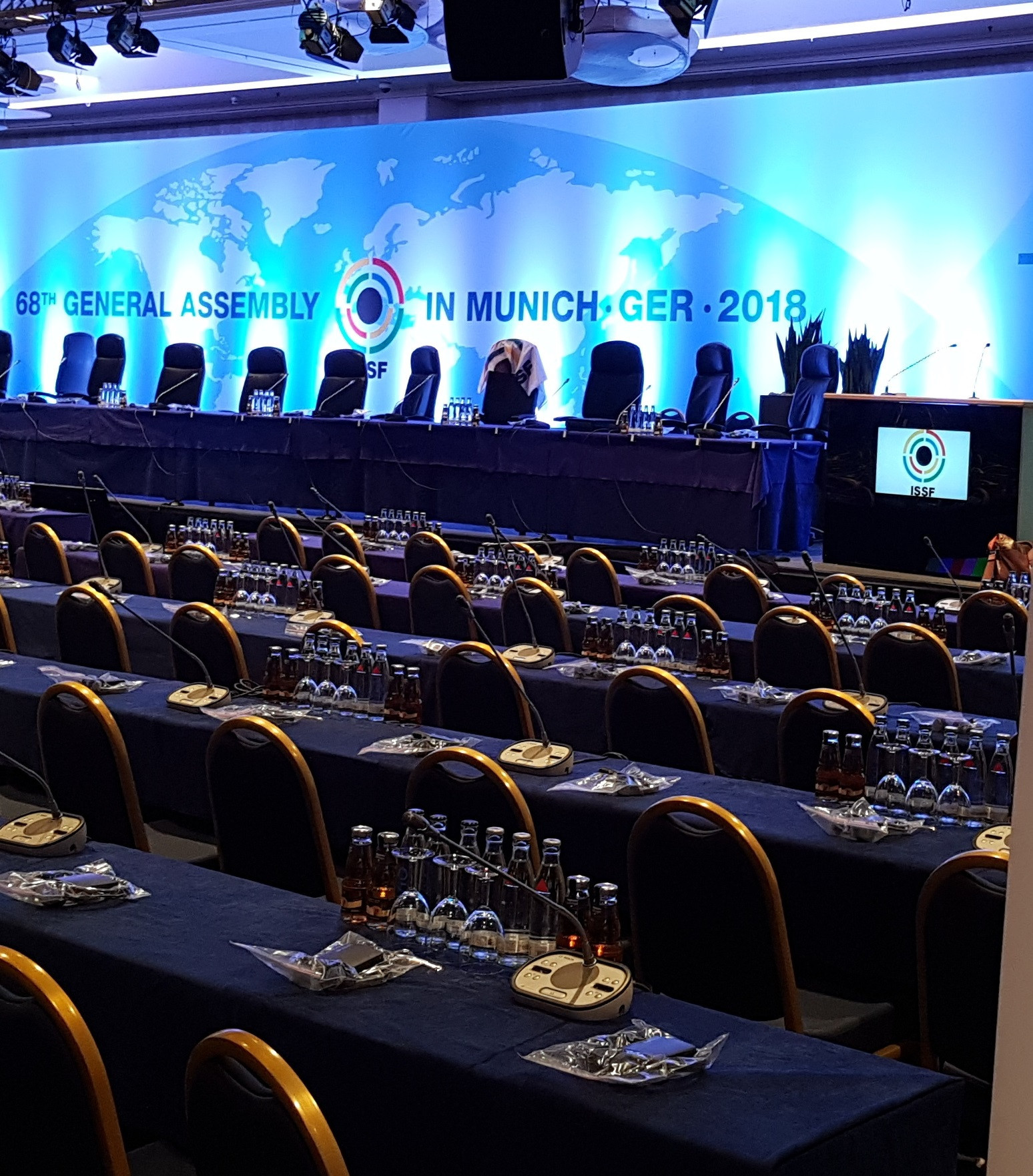 A new era will dawn for shooting sport here tomorrow when Mexico’s Olegario Vázquez Raña steps down from the Presidency of the International Shooting Sport Federation (ISSF) after nearly four decades.

One of two men - Russia’s Vladimir Lisin or Italy's Luciano Rossi - will be elected to succeed the 83-year-old businessman and take the sport into a new, more competitive age in which few of the old certainties can be taken for granted.

The changing of the guard will extend far beyond the top job, with secretary general Franz Schreiber also stepping down, and at least three of the four vice-presidencies set to change hands.

What had been a three-cornered Presidential contest became a straight two-way scrap on the eve of the vote today, when Boutros Jalkh, President of the Lebanese Shooting and Hunting Federation, pulled out of the race.

A terse announcement, signed by Jalkh, said he "formally" withdrew his candidature.

"I confirm, instead, that I stand my candidature as Administrative Council Member as Executive Committee Member," the document read.

A press release from the Italian Skeet Shooting Federation claimed immediately that Jalkh was giving his "full support" to the flamboyant Rossi.

The Italian was quoted as saying that he respects Jalkh’s decision to "step back and support my candidature".

Rossi, for his part, would back Jalkh for the lesser roles he remains in contention for.

With so many posts up for grabs, the lobby of the Hilton Munich Park Hotel, where the 68th ISSF General Assembly will take place, was abuzz today as delegates poured in, candidates worked the room in pursuit of extra votes and the nearby conference room began to take shape ahead of proceedings.

Partly because of the number of separate contests, the outcome of the "Big One" - the Presidential vote - is hard to foretell, with both candidates appearing to have a genuine chance of becoming only the seventh ISSF President in 111 years.

Lisin’s succinct two-page manifesto calls for creation of a development fund and efforts to make the sport more engaging for television and online viewers.

While the Russian advocates "evolutionary transformations", Rossi’s 10-page document is more critical of the ISSF today, pointing to "emerging problems due to the current administration".

He also targets advancing the ISSF from Group C to Group B among the clusters of Summer Olympic sports based on popularity.

If achieved, this ought to ensure a bigger slice of the Olympic Games-related income on which the ISSF is heavily dependent.