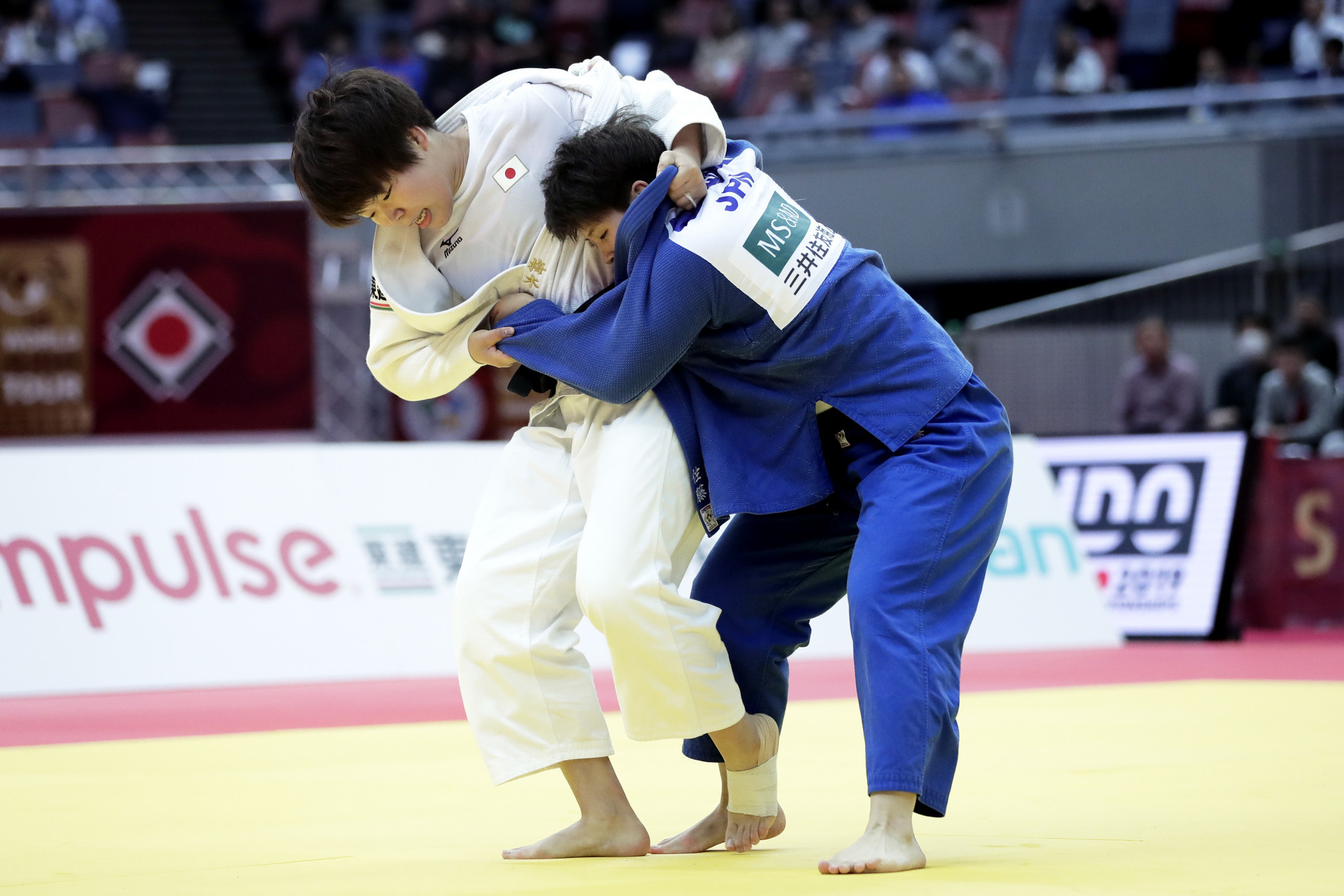 Japan continued to dominate at their home International Judo Federation (IJF) Grand Slam as the final five weight categories were contested at the Maruzen Intec Arena in Osaka.

Shoichiro Mukai continued Japan’s success as he took the gold medal in the men’s under-90kg category.

The Paris Grand Slam champion defeated The Netherlands' Noel Van T’ End in golden score after each athlete went on the attack in the final.

Deadlock reigned in normal time as neither judoka was able to score but the Japanese competitor eventually took the victory as Van T End was penalised for his third and final shido after 19 seconds of additional time.

Wolf faced world number 73 Shady Elnahas of Canada in the final as the Grand Slam debutant battled his way through much higher ranked opposition.

Elnahas could not overcome Wolf in the final as the home athlete threw with a ko-soto for waza-ari and then ended the match with an o-uchi-gara.

In the heaviest weight categories, The Netherlands and Cuba prevailed in the men’s and women’s events respectively.

In the women’s draw, Cuba’s Idalys Ortiz was victorious in the over-78kg event as she won her second consecutive title on the IJF World Tour.

World champion Sarah Asahina lost out to Sone in the semi-finals but bounced back to take bronze alongside team-mate Nami Inamori.

In the final contest of the day, Henk Grol topped the podium in the men’s over-100kg competition after defeating the under-100kg Olympic champion Lukáš Krpálek of the Czech Republic.

Grol had a tough draw, facing world champion Guram Tushishvili of Georgia in the opening round, but prevailed to take his first title on the IJF World Tour since 2014.

Japan did not fail to step up to the podium in any of today’s finals as Kokoro Kaguera took the bronze medal alongside Russia’s Tamerlan Bashaev.

Watch the action on Judo TV.