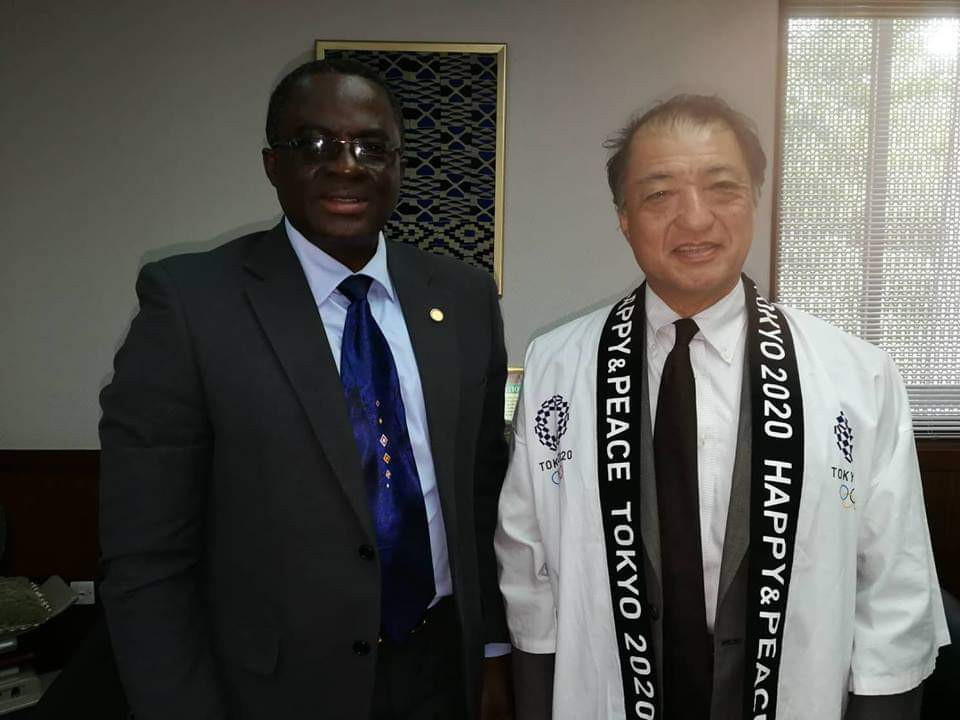 Ghana Olympic Committee (GOC) President Ben Nunoo Mensah has met with the Japanese ambassador to Ghana Tsutomu Himeno as the country continues its preparations for the Tokyo 2020 Olympic Games.

Mensah thanked the ambassador for his government’s backing for Ghanaian sport, especially in judo and karate.

The GOC President also informed Himeno of the progress on the Amasaman Olympic project, which concerns a piece of land bought over a decade ago.

The GOC have proposed to build a Ghana OlympiAfrica Centre but require more assistance, as well as funding received from the Association of National Olympic Committees of Africa.

Mensah will also be visiting Japan later this month as Himeno assured the GOC President that he was available for further meetings prior to the Olympic Games in the Japanese capital in two years' time.

In the past, Ghana have only won four medals at Olympic Games since their first inclusion at the 1952 event in Helsinki.

Ghana did not win a medal during their last Olympic appearance at the 2016 Games in Rio de Janeiro.