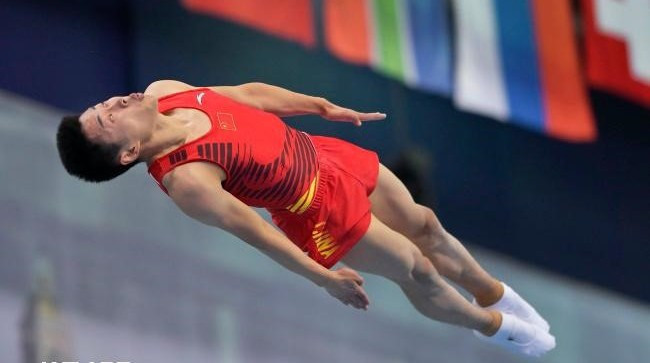 A group of 24 participants qualified from both the men's and women's trampoline event at the Sports and Concert Complex in the Russian ity.

In the men's trampoline event, Lei Gao of China came first in qualifying with a total score of 114.700 points.

Russia's Dmitrii Ushakov scored 113.680 points to qualify second and Uladzislau Hancharou of Belarus was third with 113.275.

A total of eight gymnasts in the men's double mini trampoline and women's tumbling events qualified, with a limit of two participants qualifying from each country.

In the men's double mini trampoline, Mikhail Zalomin of Russia qualified first with a score of 76.300 points, while fellow Russian Vasilii Makarskii was second with 75.100.

Tachina Peeters of Belgium came second with 67.600 points and Russia's Viktoriia Danilenko qualified in third with 67.300.