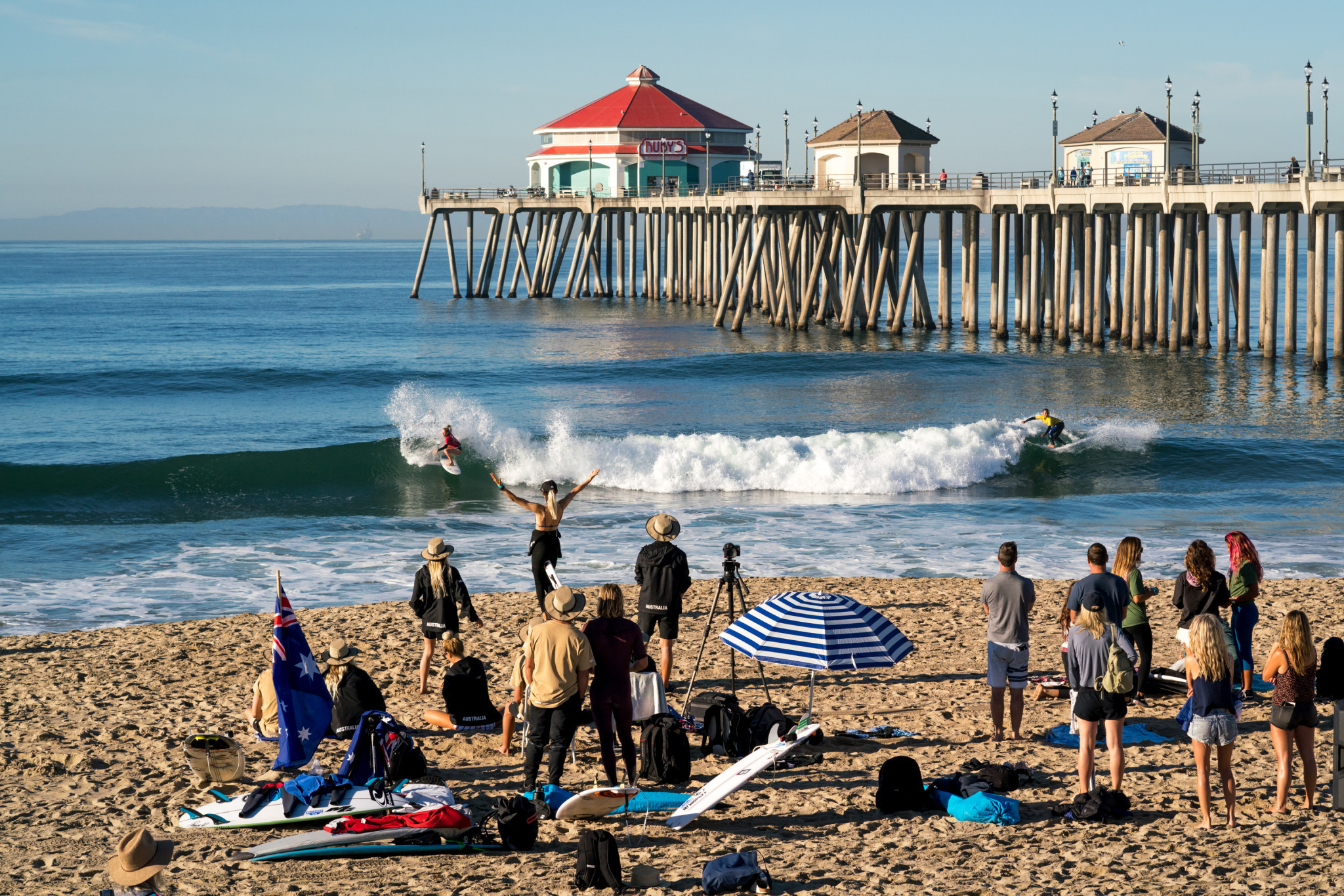 The President and chief executive of Visit Huntington Beach has said the city should be a "very serious contender" to host Olympic surfing in 2028, if the sport is still on the programme at the Los Angeles Games.

Speaking to insidethegames during the International Surfing Association World Junior Championships, Kelly Miller said surfing is in the "historical DNA" of the area and that the city would make a "pretty good" host.

"When LA got the Games, we decided to kind of go all in, as far as strategy goes," Miller said.

"We want to show that we have shown the world about what we can do here.

"This is the quintessential Californian beach experience here.

"There's 10 miles of beach and equally important I think is the consistency of our waves here.

"People say it's almost more consistent than any place in the world.

"I don't know if that's entirely true, but I would venture to say that on any given day you can find pretty good surf on Huntington Beach."

Surfing has been added to the programme for the Tokyo Olympics in 2020 as part of a drive to improve the youth appeal of the Games.

There is no guarantee, however, that the sport will still be in the Games in 2028, or indeed in 2024 when the Olympics heads to Paris.

Miller said that if the sport does feature in Los Angeles his city should be involved as it is "immersed" in the sport.

"I would say it's part of our historical DNA, surf culture," he said.

"That doesn't necessarily mean if you're an avid surfer or not.

"What it means is being able to walk from a very historic, close to, authentic downtown, to a historical pier, where in 1914, 5,000 people showed up to watch George Freeth, for the first time ever, walk on water."

Freeth was a United States lifeguard born in the late 19th century who is widely credited as the father of modern surfing.

"There were less than 5,000 people who lived in Huntington Beach at the time, so you think about that, and that's a big deal.

"And I think it's that being able to touch and feel surfing and the surf culture, from what George Freeth did to how many years we've had the largest surf competitions in the world, and that great music, and the walk of fame, and the hall of fame of surfing, the surfing museum, all that stuff connects, and it's all within walking distance.

"So, people are immersed in it, but they don't necessarily have to get up and get in the water.

"Although they can do it pretty easily here."

Not only did Miller suggest Huntington Beach would make a good host for surfing, he also suggested the city could play host to skateboarding and BMX events as well.

"We would humbly ask the LA 2028 Organising Committee and other decision makers to look at us as a very serious contender," he said.

"I know that there are a lot of variables that effect where a final venue is selected.

"I think it's safe to say that if in fact we were seriously considered as I think we should be, I think we could present a pretty good case on why it makes sense here.

"From spectator viewing along our pier, to the massive amount of parking for broadcast trucks, to the consistency of waves, to the hotels, the nearly 1,500 hotel rooms within walking distance, historical downtown, the great weather, the small-town atmosphere.

"The US Open [one of the world’s largest surfing events, held annually in Huntington Beach] has BMX and skateboarding as well within the same footprint.

"I know that with Agenda 2020 and the New Norm, those sort of sustainable modules and reducing costs become important, being able to offer two or three sports within this wonderful footprint, I think has tremendous advantages."