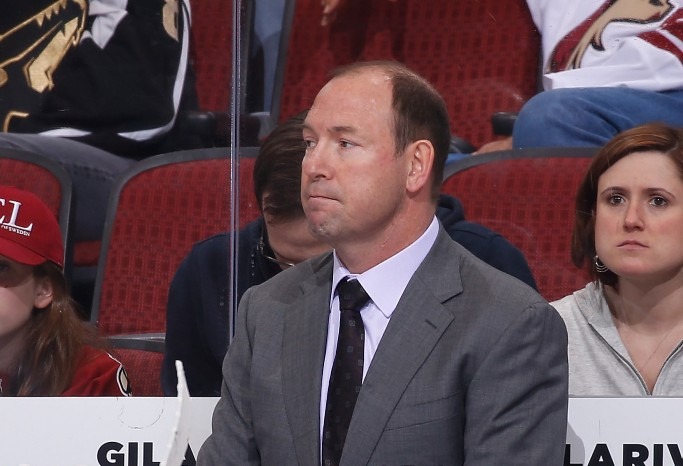 The 49-year-old Canadian played ice hockey for 12 years in the American Hockey League and NHL, playing for the Philadelphia Flyers at the height of his career.

Lacroix became assistant coach of the Moncton Wildcats in 2002 before performing the same role at the New York Islanders, Tampa Bay Lightning, New York Rangers and most recently, the Montreal Canadiens.

"It was decided to start a new era for the team and therefore for the position of the head coach to invite another specialist who will bring new ideas to the national team," Dainius Zubrus, President of the Lithuanian Ice Hockey Federation and a former NHL colleague of Lacroix, said.

Lithuania were promoted to the second-tier International Ice Hockey Federation (IIHF) Ice Hockey World Championship Division I Group A this year under the guidance of former German coach Bernd Haake.

Lacroix has signed a one season contract and is due to first appear as coach when Lithuania host the Baltic Cup in Vilnius from November 8 to 11, with Lithuania playing in a group consisting of Belarus and Japan.

Other potential opponents include a team of players from the Latvian league, Estonia and Romania, who make up the other group in the competition.

The next challenge for Lacroix is set to be be the 2019 IIHF Ice Hockey World Championship Division I Group A in April and May, taking place in the Kazakh capital of Astana.