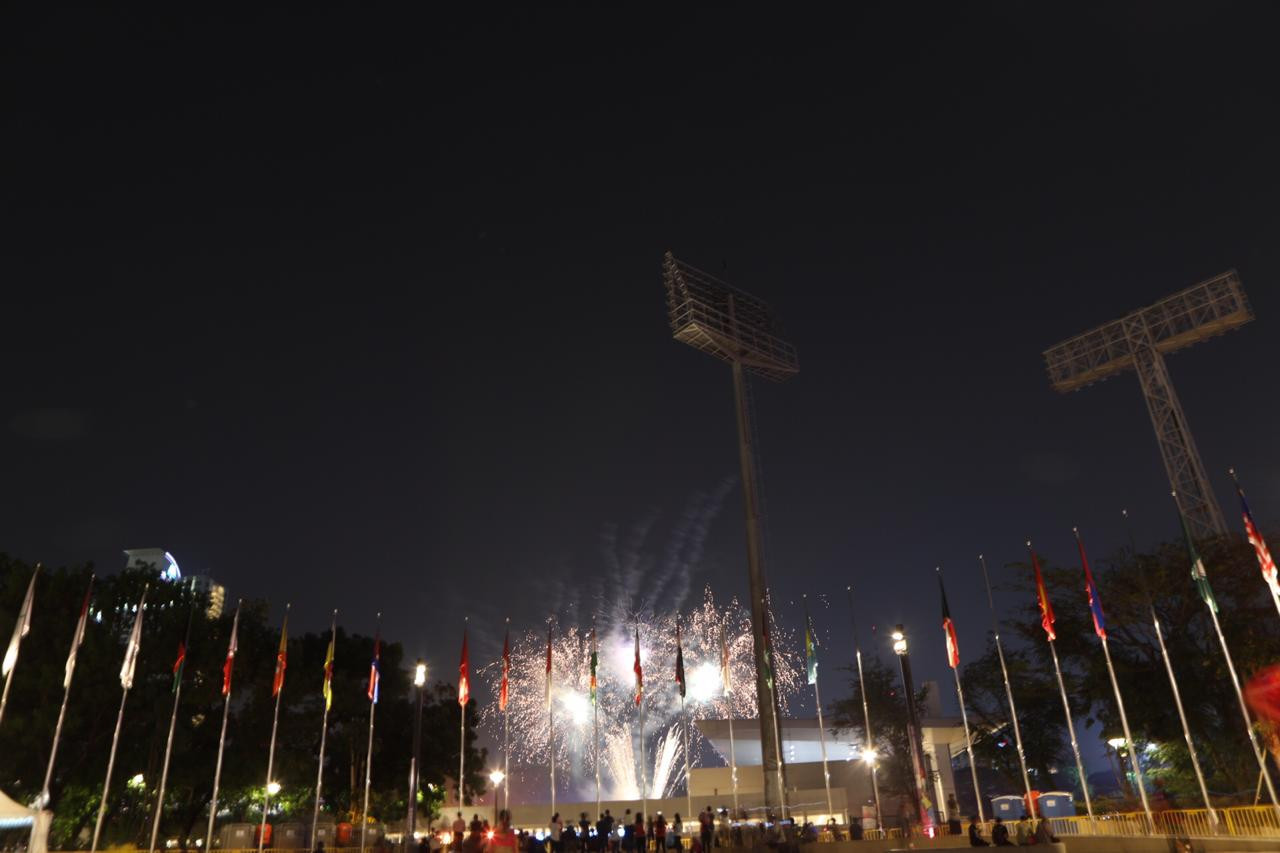 The 2018 Asian Para Games came to an end this evening with a spectacular Closing Ceremony at the Gelora Bung Karno Madya Stadium.

Following the hoisting of the Indonesian national flag, the Ceremony began with a speech by Indonesian vice-president Jusuf Kalla, who delivered a message to all stakeholders that contributed to the success of the event.

"The 2018 Asian Para Games is more than a competition because this event involves humanity that embraces diversity and eliminates all stigmas," he said.

Kalla expressed his hope that all contingents, totalling 2,888 athletes, could cherish the memorable moments they enjoyed while competing in Jakarta.

"Please send my warm greetings to the peoples in your countries," he added.

"Indonesia will be missing you all."

The national flags of 43 competing countries were arranged on the roof of the venue’s tribune.

The Indonesian flag was in the middle of them all, flanked by those of the Asian Paralympic Committee and the 2018 Asian Para Games.

Unlike in the Opening Ceremony, the Closing Ceremony used the athletics training ground as its venue, with a huge screen propped up behind the theatre stage.

Entitled "We Are One Wonder", the Ceremony celebrated the success of extraordinary athletes who are said to have proved that, through unity and many wonderful achievements, could be made beyond the limitations of humankind.

Headlining the last day of competition was the men’s wheelchair basketball final.

Iran secured the gold medal after beating Japan 68-66, completing an unbeaten run throughout the event.

The bronze medal went to South Korea thanks to a 79-51 victory over China.

Despite the gold medal haul, Indonesia were unable to end China’s domination of the sport.

China secured one gold medal on the last day through their women’s doubles team Li Hongyan and Xu Tingting in the WH 1-2 class.

There was also cycling action today with China’s Li Zhangyu among the winners after topping the podium in the men’s one kilometres time trial C1-3 event.

He finished with a time of 1 min 13.665sec, about eight seconds faster than Malaysia’s Mohamad Yusof Hafizi Shaharuddin in the runners-up spot.

China finished top of the overall medal table with 172 golds, 88 silvers and 59 bronzes.