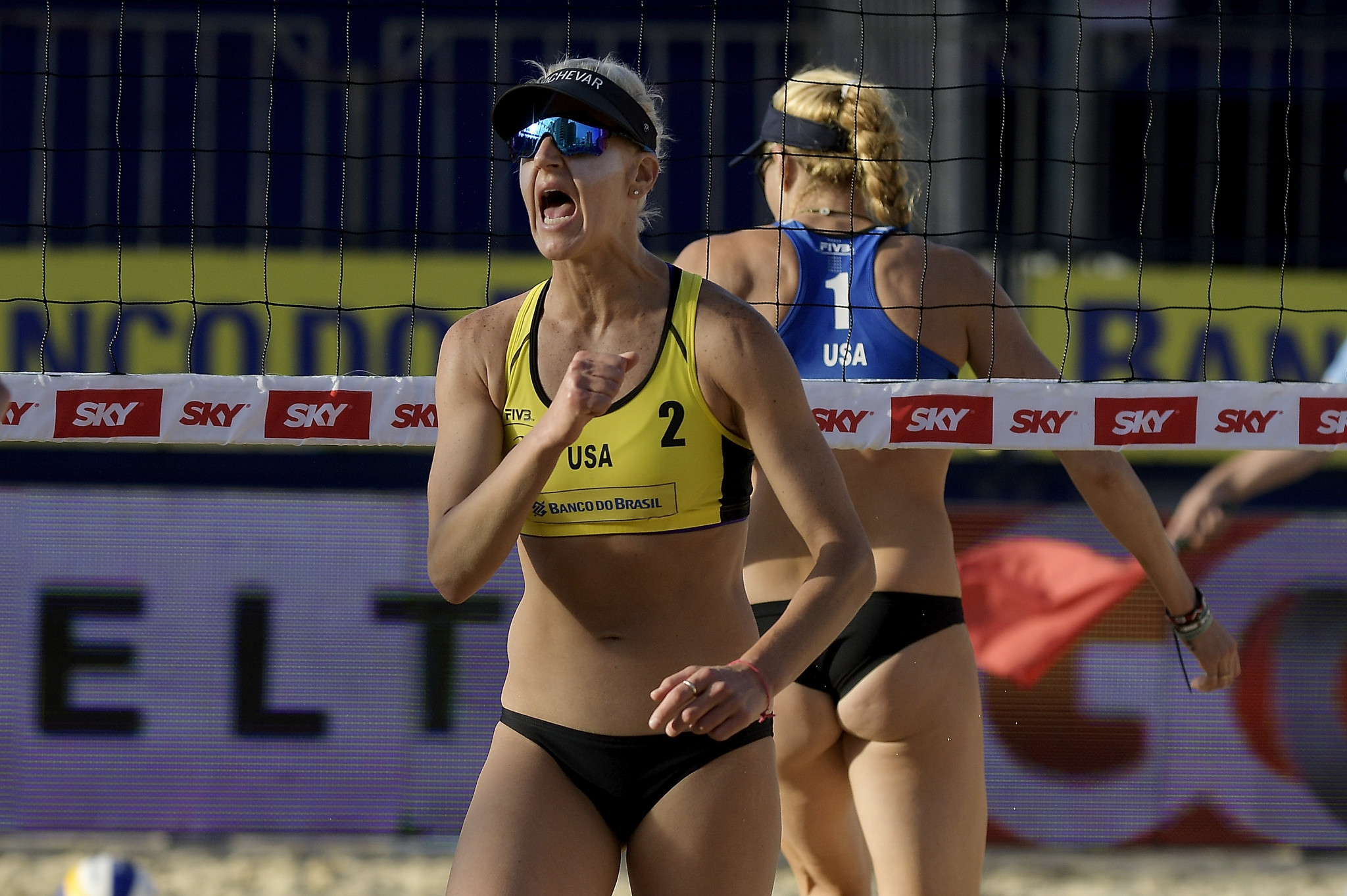 It was a good day for United States pairs in the women's competition at the International Volleyball Federation (FIVB) Beach World Tour three-star event in Qinzhou today, with four duos all winning their first matches.

Sarah Sponcil and Kelly Claes surpassed Russia's Ekaterina Syrtseva and Alexandra Moiseeva in Pool B, 21-16, 21-11, despite being a new pairing.

On top of that, Amada Dowdy and Irene Pollock won in Pool B against France's Alexia Richard and Lezana Placette.

Both their win, and that by Reed and Howard, came by two sets to one.

"The competition among the USA teams is excellent," Claes said.

"It's fun coming out with other USA teams because we train together at home and it's fun to see each other playing around the world."

Elsewhere in the women's competition, hosts China picked up wins through Wang Fan and Xue Chen in Pool A, who beat Ukraine's Diana Lunina and Maryna Samoday 21-18, 21-11, while Wang Xinxin and Xia Xinyi came from a set down to beat Japan's Yukako Suzuki and Kaho Sakaguchi 19-21, 21-18, 17-15 in Pool F.

In the men's event, Austria's Robin Seidl and Philipp Waller, who won the three-star tournament in Haiyang back in July, claimed two wins on what was the first day of competition in the main draw.

"It's an Olympic qualification tournament so everyone is fighting," Seidl said afterwards.

"No match is easy and it's really a fight to the end.

"The other team wanted to fight so hard and they didn't see the holes, I saw it and I used it against them."

European pairs dominated the men's event, with seven earning double victories, although the second seeded pair of Stefan Basta and Lazar Kolaric from Serbia were not one of them.