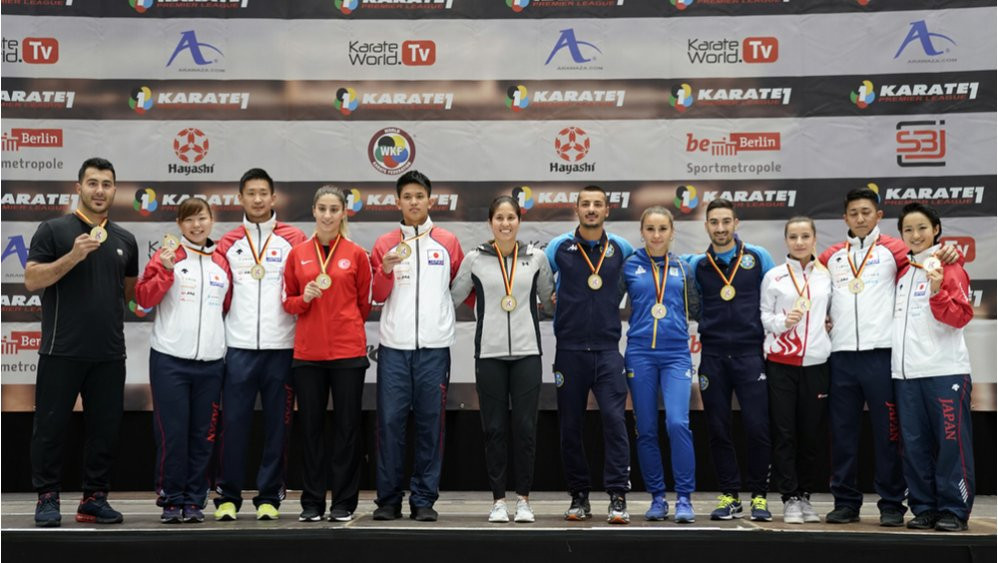 The current grand winners featured heavily once again on the final day of action at the Karate 1-Premier League in Berlin, sealing a number of emphatic victories across the competition.

Serap Ozcelik's performance in the women's Kumite 55-kilogram division was one of the most impressive at the Horst-Korber-Sportzentrum in Germany's capital.

The grand winner beat Japan's Ayako Tadano by "hantei" to claim her third gold of the year, having also won the Premier League event in Dubai and the European Championships.

Afterwards she said she was "very happy".

"It was a very difficult tournament, but I just wanted to win, so I am very glad that I could do it," she said.

The karateka beat Li Lirisman from Estonia, scoring an ippon and a yuko to take the bout 4-0.

"The Karate 1-Premier League in Germany is my favourite tournament, I have won gold medals here three years in a row," she said.

"I feel a special atmosphere here that helps me win."

Japan finished the tournament top of the medal table with five golds, in part thanks to grand winners Ryutaro Araga and Ayumi Uekusa.

They each won their categories, the men's kumite under-84kg and the women's over-68kg.

Araga beat Daniyar Yuldashev of Kazakhstan 3-0 in his bout to win his second consecutive gold of the season, while Uekusa, the current world champion in her class, beat Clio Ferracuti of Italy 5-1.

Another grand winner, Iran's Sajad Ganjzadeh, won the men's over-84kg class having been absent for much of the year, by beating Gogita Arkania of Georgia.

Both individual kata golds were taken by Japan, thanks to Kiyou Shimizu and Ryo Kiyuna, while Italy won both the men's kumite under-60kg and under-67kg finals thanks to Angelo Crescenzo and Luca Maresca.

Another of Japan's golds came in the men's kumite under-75kg final, where Yusei Sakiyama produced an impressive performance to upset five-time world champion Rafael Aghayev of Azerbaijan, with the penultimate final of the day in the women's kumite under-68kg class won by Turkey's grand winner Eda Eltemur.

She beat Irina Zaretska of Azerbaijan 7-3 in one of the highest scoring bouts of the day.

The last final was then won by Alexandra Grande, who beat France's Leila Hertault in the women's kumite under-61kg class.