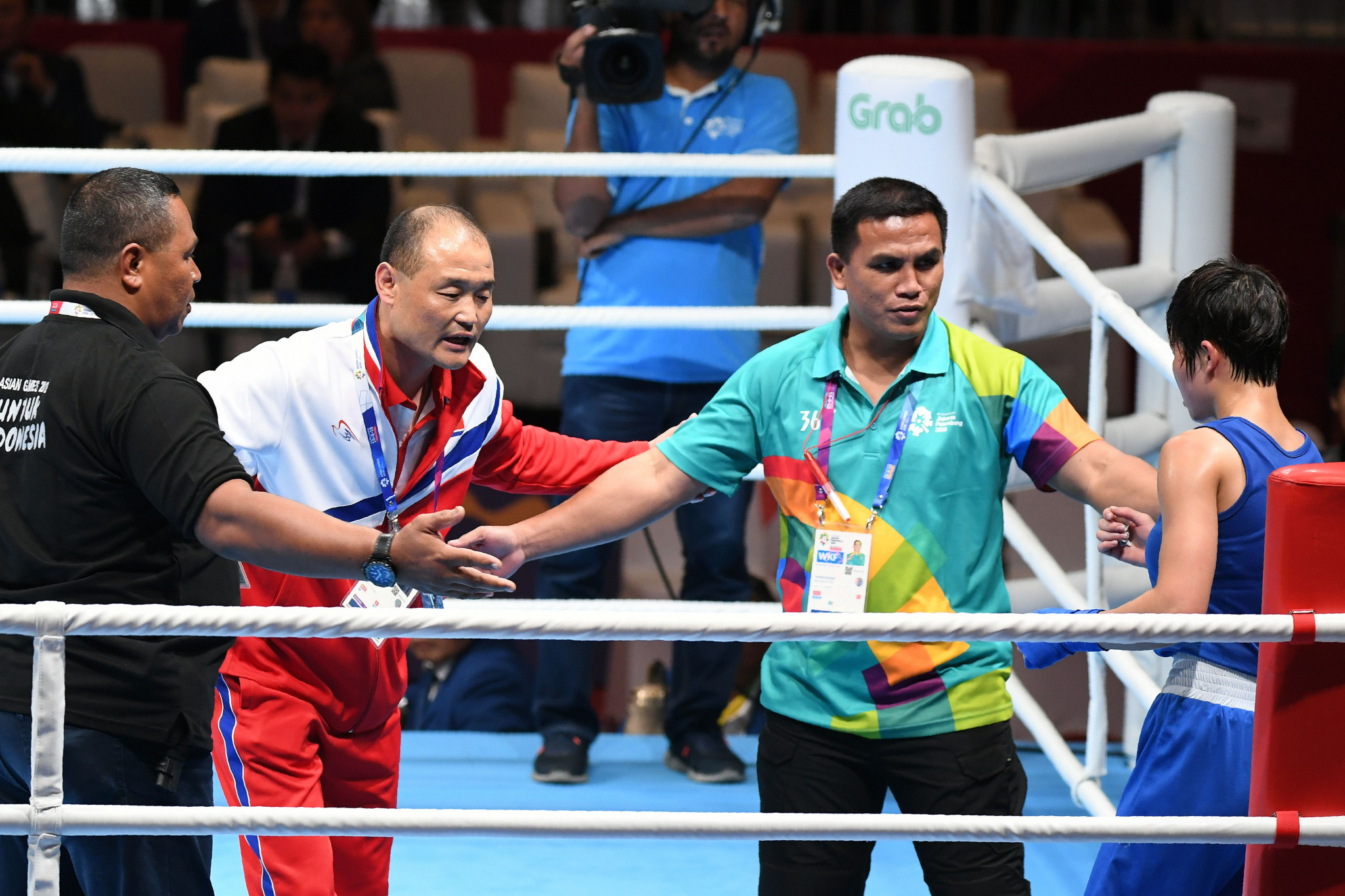 International Boxing Association (AIBA) executive director Tom Virgets has claimed the governing body's Interim President Gafur Rakhimov is "committed" to improving the standard of officials after another judging scandal at the Asian Games.

Jun refused to leave the ring while Nam reportedly tried to incite the crowd into protesting the decision.

Police and security staff eventually had to help with their removal and some in the crowd then jeered Chang as she received her gold medal.

AIBA will now initiate disciplinary proceedings but the incident is another blow for a sport which is desperately trying to improve its image amid fears of being axed from the Olympic Games.

Judging controversies is one area the International Olympic Committee (IOC) is considering as it ponders whether to keep boxing on the programme for Tokyo 2020.

All 36 referees and judges used at the Rio 2016 Olympic Games were later suspended after suspect results.

Irish bantamweight world champion Michael Conlan was involved in one of the most controversial contests in Brazil after appearing to dominate a quarter-final against Vladimir Nikitin before the Russian was awarded the victory.

Virgets said in April that there was "incompetent" but no corrupt judging during the 2016 Olympics and has now called for a "culture change" after the North Korean incident in Jakarta.

"We are going to change the culture in AIBA," he said to AFP.

"We have an issue of competence in our officiating and that's on us.

"Our President Gafur Rakhimov is very, very committed to putting in whatever resources necessary to improve the education process of our officials.

AIBA is currently preparing for a crucial elective Congress in Moscow on November 2 and 3.

Uzbek Rakhimov, serving as Interim President after the removal of CK Wu following a leadership coup last year, is hoping to secure the job on a full-time basis but is another area of concern for the IOC.

This is due to alleged links to criminal activity, which he denies.

IOC President Thomas Bach warned in July that Rakhimov's election in Moscow could put the sport's place at Tokyo 2020 in jeopardy.

There are also financial concerns with the Uzbek admitting a deal signed with Azerbaijani company Benkons prevented the body from declaring bankruptcy.

Other issues facing AIBA include criticism of its anti-doping programme.

The governing body has promised that "transparent" elections will be held in Moscow where vice president and other Executive Committee positions will also be decided.