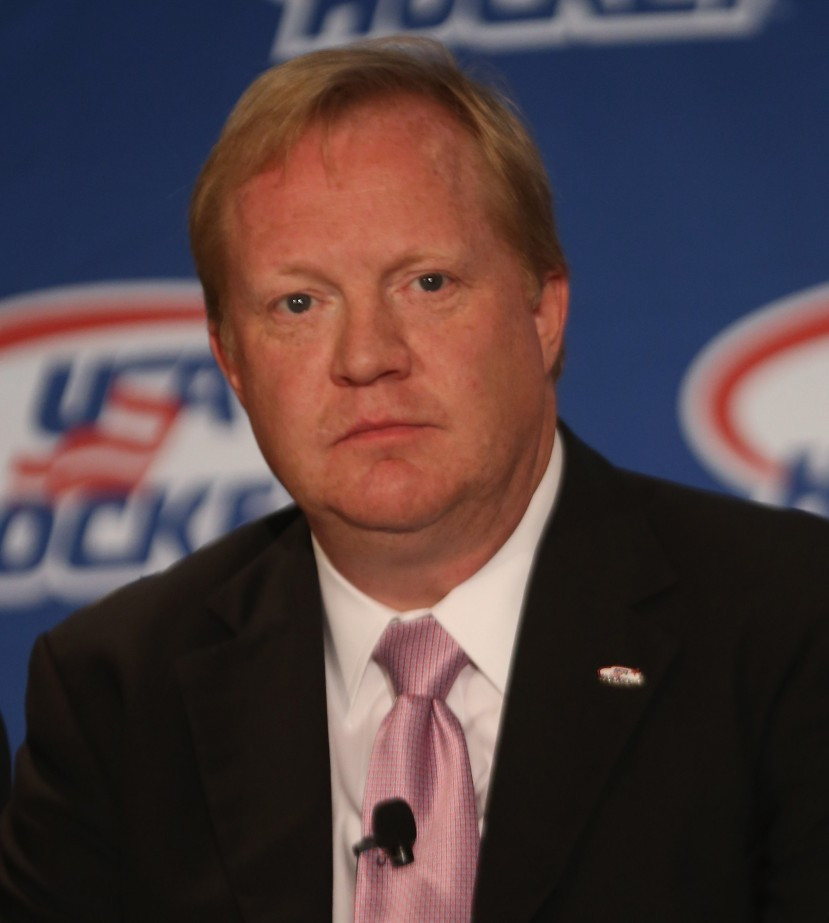 A benefit ice hockey match was played to pay tribute to Jim Johannson, the general manager of the United States Olympic men's team who died unexpectedly in January.

The "Stars and Stripes Showdown" took place in front of a sold out crowd of 3,890 people at the USA Hockey Arena in Plymouth, Michigan.

The game raised cash for the Jim Johannson Legacy Fund, The USA Hockey Foundation and the Ellie Johannson College Fund, which has been set-up for his two-year-old daughter.

"It was a great tribute to a great person," said Pat Kelleher, executive director to USA Hockey.

"To see all those players out there and give back to the sport and to the Johannson family makes today a spectacular day for USA Hockey and for hockey in our country."

"I would like to thank everyone for coming to the game and for watching online," he said.

"We need to do our part to continue JJ's legacy and this was a fun way with our busy NHL schedules to do that.

"It won't be the last time we do a game like this."

In addition to the game, events included jersey auctions, autographed NHL memorabilia, raffles and a meet and greet with players and coaches.

Fifty-three-year-old Johannson died while preparing the US team for the Pyeongchang 2018 Winter Olympics in February.

He played for the US at the 1988 and 1992 Winter Olympic Games in Calgary and Albertville.