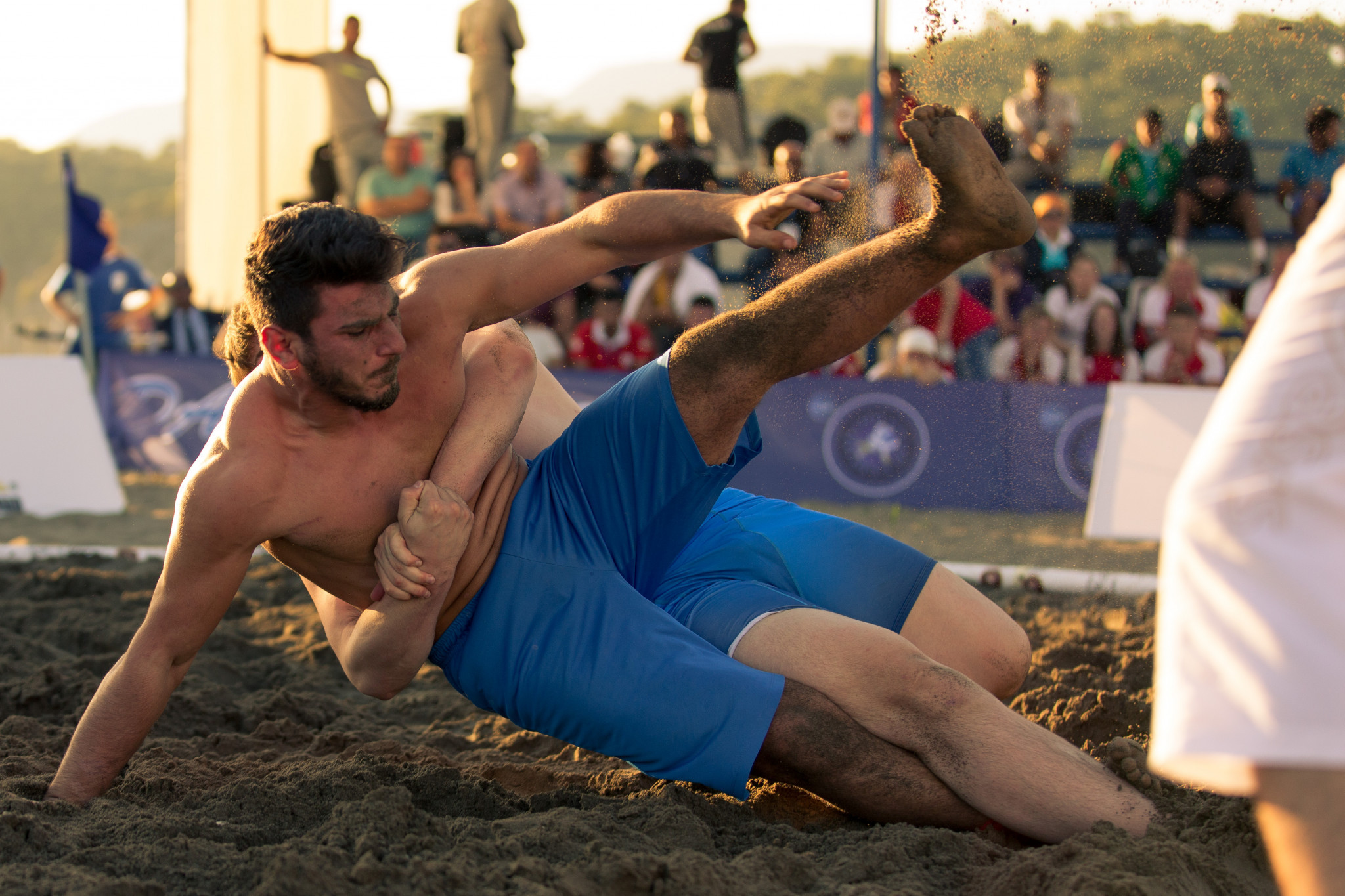 United World Wrestling (UWW) have announced the launch of a Beach Wrestling World Series and claim its creation will contribute to the possible inclusion of the sport at all official multi-sport events.

Beach wrestling will appear at the first edition of the Association of National Olympic Committees World Beach Games next year in San Diego.

UWW state that the competition will serve as the qualifier for the World Beach Games.

Eight weight categories are set to be contested as part of the Beach Wrestling World Series, split evenly between men and women.

Matches will consist of a single three-minute periods and will only practice the standing position, where the use of the legs are allowed in all actions.

Bouts will begin with both wrestlers standing opposite one another in the neutral position in the centre of a seven metre circle, waiting for the referee's whistle to start wrestling.

UWW said that if the match is interrupted for any reason, action will resume from the neutral position.

The attacker can put one knee to the ground when executing an action if this action is finished by the opponent on the ground.

They will also receive a point should their opponent receive a caution for an illegal action.

Three points will be awarded to wrestlers who manage to expose his opponent's back to the ground during a takedown or a throw.

The first athlete to three points wins the match.

Cautions for illegal actions award one point to the opponent, up to a total of three points during the same match, which results in the end of the bout.

Should there be a tie, the winner will be determined by the highest value of holds.

The last point scored, the weight of the athletes and the lowest number pulled during the draw will also be used to determine the winner.

Athlete weights will be checked at a weigh in, with the lighter competitor being declared the winner should the criteria be required.