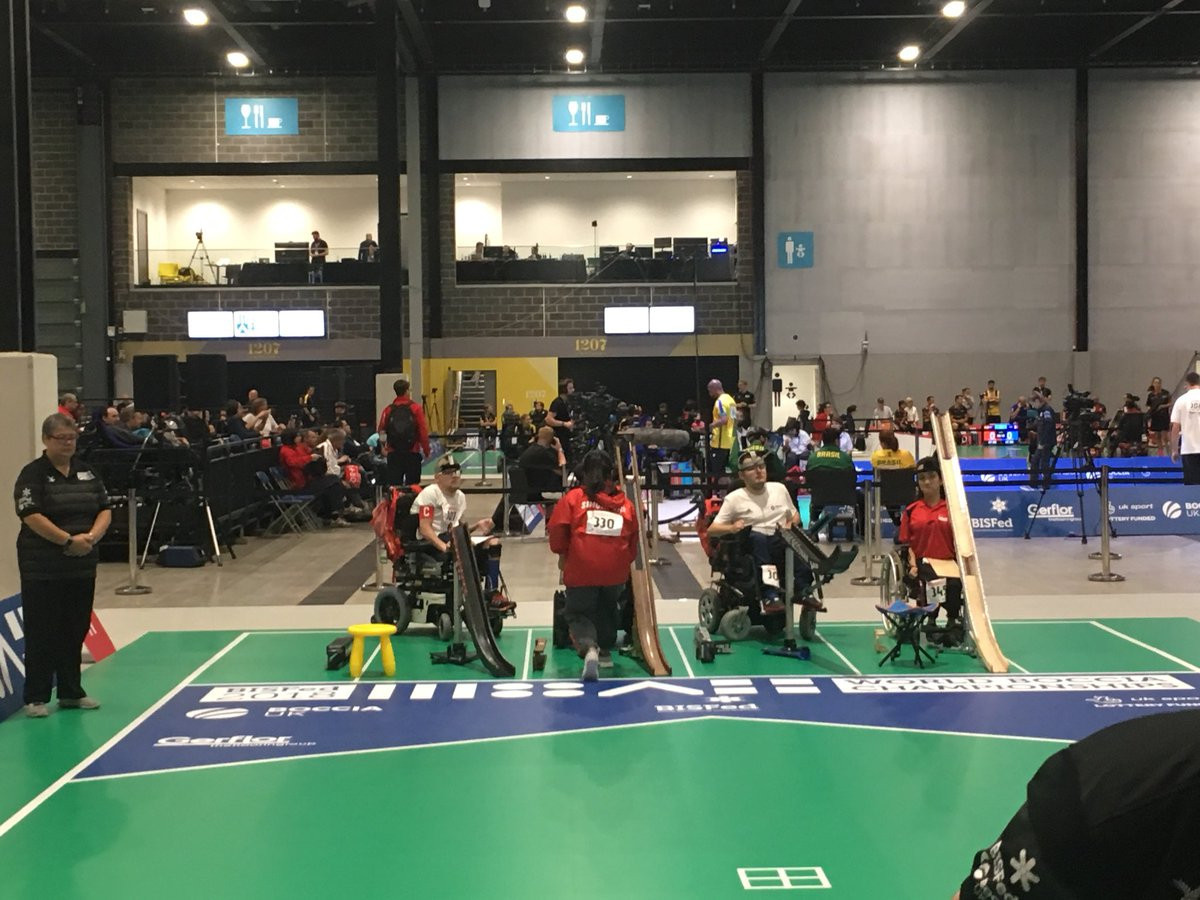 Britain’s newly-installed individual champion David Smith set out in pursuit of a second gold medal today at the Boccia World Championships in Liverpool.

Smith, fresh from winning the BC1 title, was part of the BC1/BC2 team ranked at 12 in the world that shocked world number three team Brazil to keep its qualifying hopes alive.

Smith, Claire Taggart and Will Hipwell had lost their opening pool stage game in the Exhibition Centre against world number 12 side Argentina 9-2, but they overcame that initial blow, earning huge support from the crowd in their second match.

🇬🇧The wins just keep on coming for Brits at @2018WorldBoccia 💪

Smith, 29, said; "It was a great win – with their ranking we knew it would be a tough match.

“We had a game plan for them and it worked, thankfully.

“We go into tomorrow with a really good chance of getting through.”

After disappointment in the individual competition, Britain’s Stephen McGuire returned to action today in the BS4 team event.

In company with Evie Edwards and Louis Saunders, he helped earn a 5-1 win over Japan, but then the home team lost 3-2 against Germany in a match where they ran out of time to submit a protest over a refereeing controversy.

The home BC3 pairs, represented by Jamie McCowan, Patrick Wilson and Jess Hunter beat Colombia 9-1 and then overcame Singapore 5-4.

Tomorrow they face Australia, who are ranked sixth the world.

The Championships conclude on Saturday (August 18).