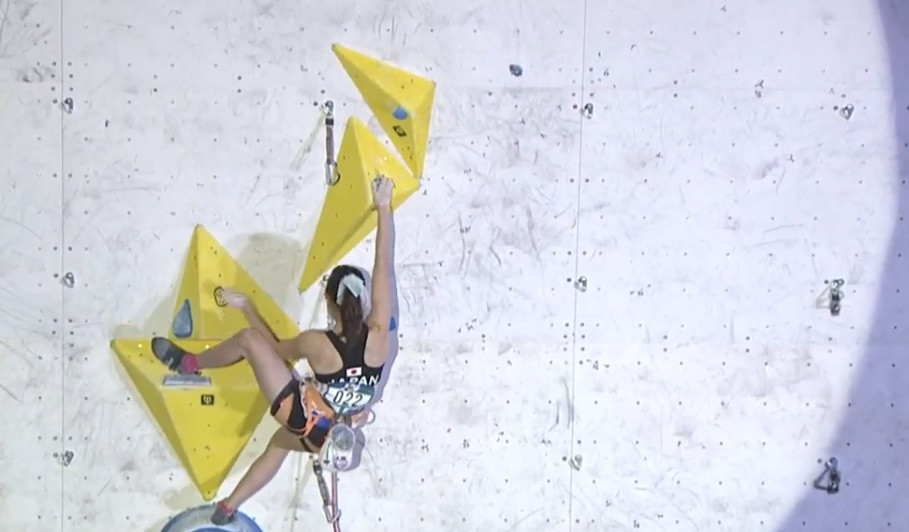 Narasaki added the lead crown to the bouldering title he claimed earlier at the event in the Russian capital with another assured performance at the CSKA Athletics and Football Hall.

The Japanese athlete held off the challenge of Jakub Konency of the Czech Republic to seal the gold medal after he reached the top of the climb.

Konency was forced to settle for the silver medal, while bronze was claimed by Kai Harada of Japan as the Asian nation continued their strong showing.

Vita Lukan of Slovenia took the women's junior lead honours in a closely-contested final as she finished ahead of two French climbers.

There was further success for Japan in the men's youth 'A' lead competition as Hidemasa Nishida secured the gold medal.

Nishida beat Luka Potocar to the title, with bronze going to Katsura Konishi of Japan.

In the women's event, Brooke Raboutou of the United States claimed victory in the eight-athlete final.

Futaba Ito of Japan won silver and Sandra Lettner of Austria did enough for bronze.

The event in Moscow is due to conclude tomorrow.