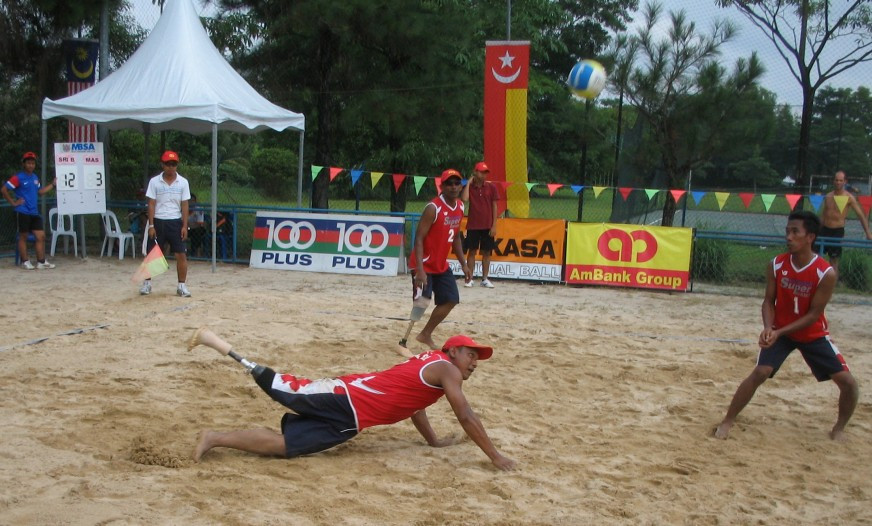 Standing beach ParaVolley wants to be included on the programme at the 2028 Paralympic Games in Los Angeles, it has been revealed by World ParaVolley (WPV) President Barry Couzner.

Standing beach volleyball is another beach-based variation of ParaVolley and is a relatively new discipline which is growing all the time, especially in Asia and Oceania where teams have been competing regularly since 2007.

Teams are made up of three players, working within a classification system which promotes the inclusivity of the sport, it is claimed by the WPV.

All athletes with physical impairments are eligible to compete in standing volleyball at the international level, provided they go through the classification process.

Many players are athletes who are amputees, WPV claim, and most compete in conventional volleyball in their home countries, some at very high levels.

Couzner discussed the idea with International Paralympic Committee (IPC) President Andrew Parsons during a recent visit to the World ParaVolley Sitting Volleyball World Championships in Eindhoven, where the quarter-finals of the men's tournament were taking place.

Parsons, elected as President of the IPC to replace Sir Philip Craven last year, has agreed to continue his organisation's close cooperation with the WPV, Couzner claimed.

"I am grateful that Mr Parsons was able to visit the 2018 World ParaVolley Sitting Volleyball World Championships here in the Netherlands and see how important gender equality is for our organisation with 16 men’s and 16 women’s teams participating," Couzner.

"We had a very fruitful discussion about the ongoing strong relationship between our two organisations with classification and anti-doping compliance two areas where we will continue to work very closely together while World ParaVolley’s goal to have beach ParaVolley (standing) in the 2028 Paralympic Games was also a topic Mr Parsons was very interested in."

The previous day Russia had won their first women's title.