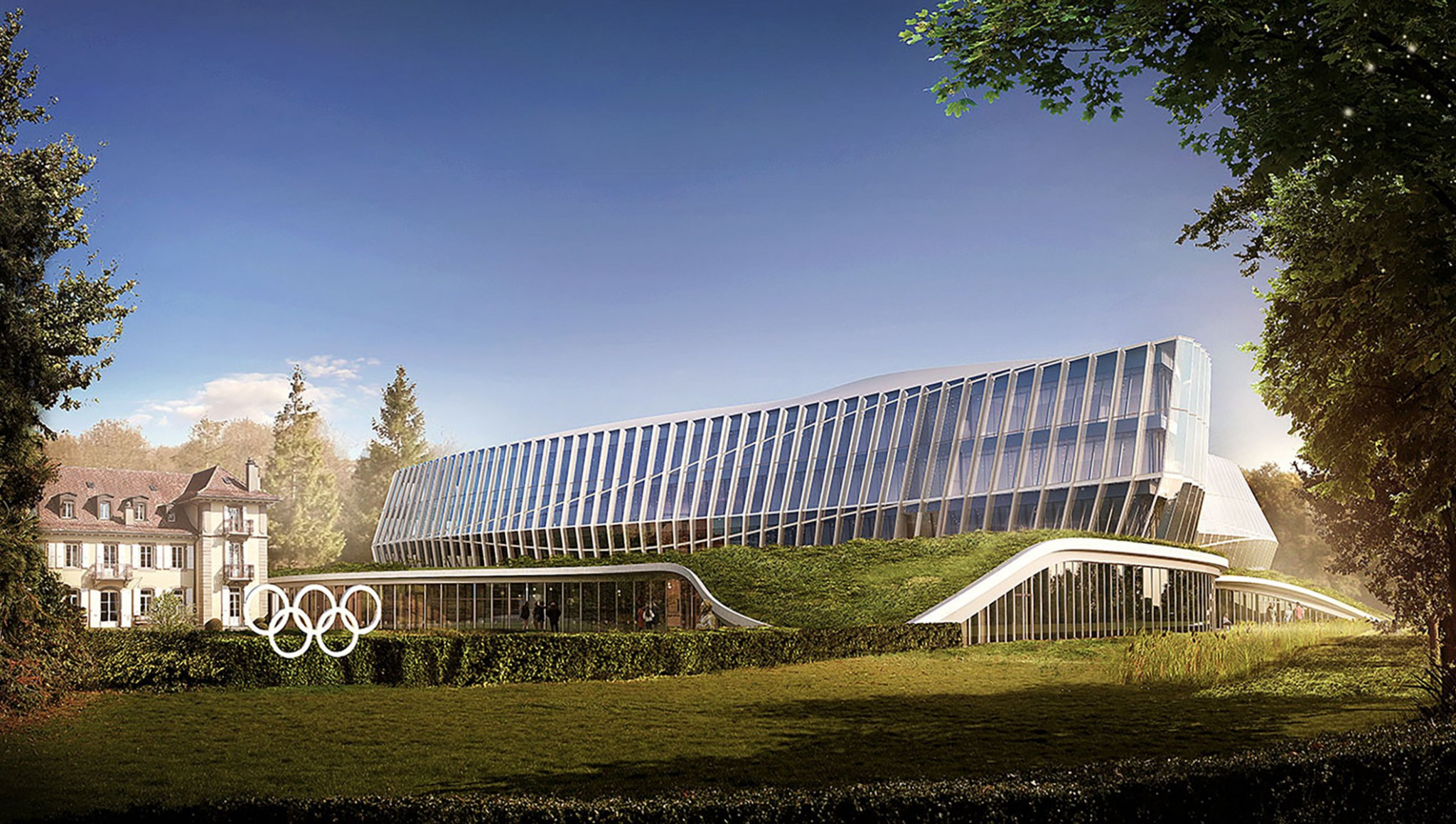 The American firm, which makes various plastics and chemicals and is the official chemistry company of the Olympic Games, will work with the IOC to bring benefits in, what it claims will be, "energy efficiency, health and safety”, at the IOC's new base in Vidy, due to open in June 2019.

Among the projects Dow will work on include installing silicon sealants on an all-glass façade at the new headquarters designed by Danish architectural firm 3XA.

It is suggested the sealant will significantly improve the air tightness of the building for over 50 years, therefore reducing the costs of "uncontrolled air leakage".

Dow will also provide a special paint for all the walls inside Olympic House to improve the air quality.

It is claimed the styrene-acrylic binder reacts with the pollutant formaldehyde, turning it into a harmless vapour, therefore improving air quality.

Elsewhere in the complex, a waterproof membrane provided by Dow will be coated on the car park roof.

By not using fumes, open flames or solvents it is thought to be very environmentally friendly.

It will also help lay the foundations for future roof gardens, by protecting against "invasive root species".

Lastly, Dow will also add a "cellulose ether" to the tile adhesive on the floor of the new building, which it is said will make it more resistant to sagging in the long term.

Plans for a new Olympic House were first announced in December 2014.

Construction work is now underway on the site close to the Lake Geneva shoreline following the demolition of the previous headquarters site there last year.

It has been designed as a home for IOC members and a meeting place for the entire Olympic Movement.

The IOC say they hope the building will "demonstrate leadership in terms of sustainability".