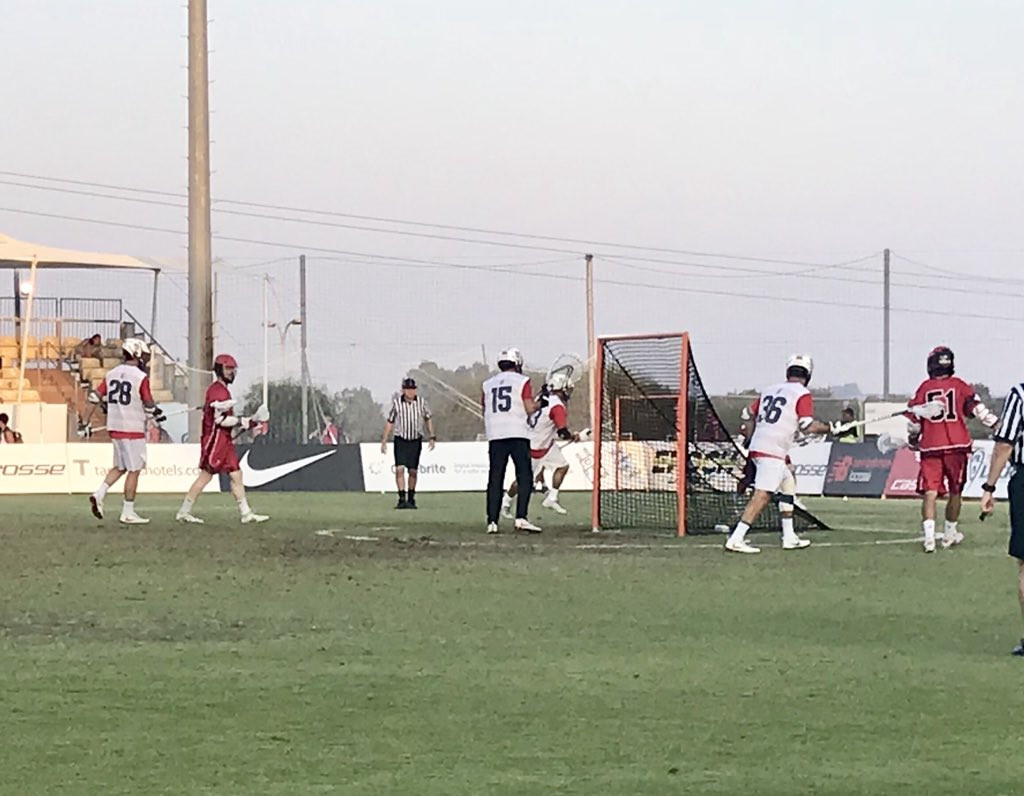 The United States registered a narrow 11-10 win over holders Canada today to take charge of the blue division at the 2018 Men’s Lacrosse World Championship in Israel.

Both teams came into the match with 100 per cent records from their first two outings, but it was the Americans who prevailed by the smallest of margins at the Wingate National Sport Institution in Netanya.

Despite trailing 8-6 going into the final quarter, Canada scored four of the next five goals to establish a 10-9 lead with just over five minutes remaining.

But they were unable to hold out as Matthew Danowski and Paul Rabil found the target inside the final four minutes to secure the all-important win for the US.

Joining Canada on two wins out of three games are the Iroquois nation, who beat Australia 16-9 today.

Only goal difference separates the two teams with Canada on plus-24 and the Iroquois nation on plus-10.

Final: England 11-8 Scotland - It's a first win at the 2018 Men's World Championships #TeamEngland

Today's one other blue division match saw England edge Scotland 11-8 to pick up their first victory and extend their opponent's winless start.

The top six best-ranked teams are playing in the blue division.

All of the top four will advance to the Championship round with the top two receiving byes to the semi-finals.

Fourteen other pools contain three teams each with lower-ranked countries also battling to make the Championship stage with the leading nations.

Tomorrow's blue division schedule sees England face Australia, Canada meet the Iroquois nation and the US go up against Scotland.

Group play is due to conclude on Tuesday (July 17).