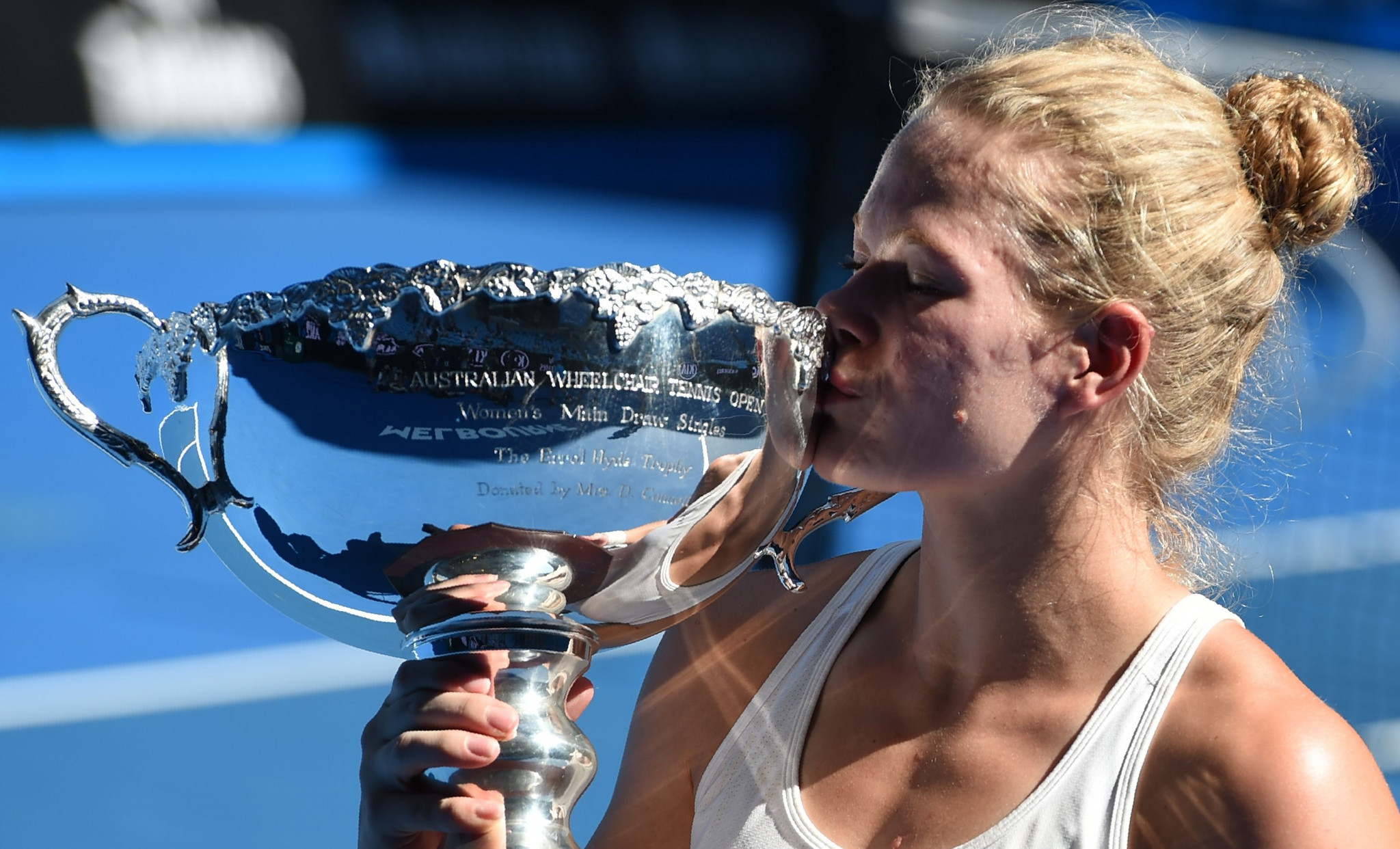 De Groot, 21, earned a 6-3, 6-2 victory against the 27-year-old former world number one, who had beaten second seed Yui Kamiji in her semi-final at the Grand Slam.

The match lasted two minutes over the hour on the grass.

The home players took an hour and 25 minutes to defeat Sweden's singles titleholder Stefan Olsson and Joachim Gerard of Beligium, 6-1, 6-4.

It was all relatively straightforward after their momentous semi-final victory over Japan's world number one Shingo Kunieda and last year's and this year’s singles finalist Gustavo Fernandez of Argentina.

The men's singles and women's doubles finals will be held tomorrow.