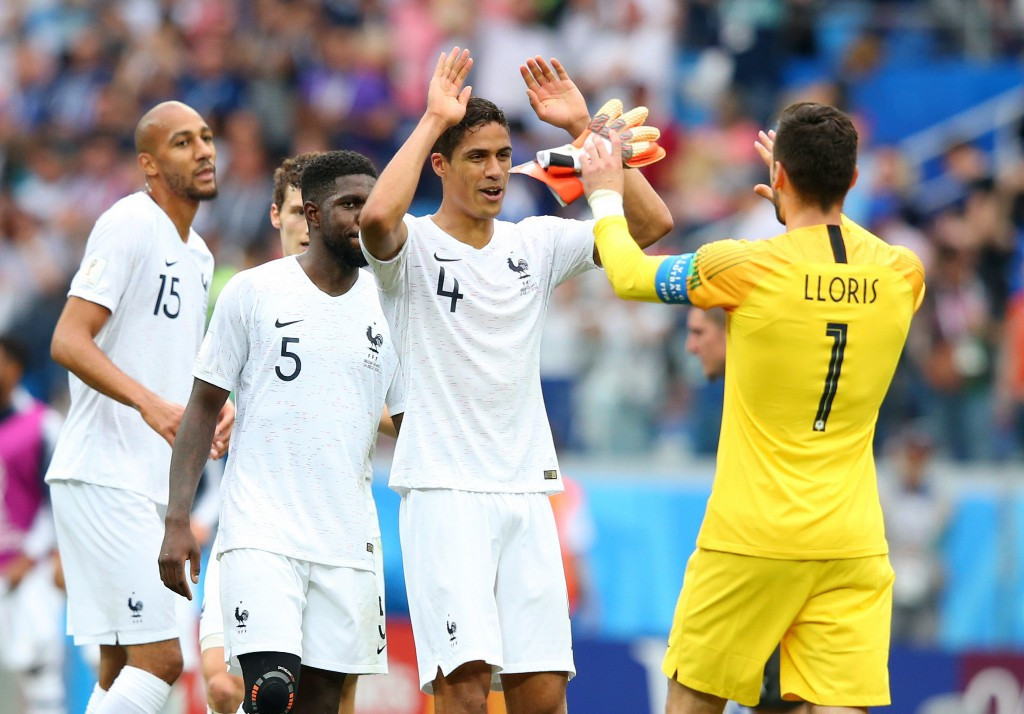 France reached their first FIFA World Cup semi-final since 2006 after a goalkeeping error helped them to a 2-0 victory over Uruguay today in Nizhny Novgorod.

The 1998 world champions will now face Belgium for a place in the final after the five-time winners became the last South American side to exit the competition with a 2-1 defeat in Kazan.

France dazzled in their 4-3 last-16 victory over Argentina but produced a more assured performance today in a match defined largely by contrasting moments involving both goalkeepers at the Nizhny Novgorod Stadium.

Raphael Varane headed an opening goal shortly before half-time after Antoine Griezmann's check on his run to deliver a free-kick confused Uruguayan defenders.

The South American side, suffering due to the absence of striker Edinson Cavani through injury, almost struck back immediately.

Captain Hugo Lloris dived to his right to brilliantly deny Martin Caceres before Diego Godin blazed over from the rebound.

France then doubled their advantage after half-time when Fernando Muslera completely misjudged a speculative shot from Griezmann.

He lost the ball in flight and could only flap it into the net.

It meant France reached the semi-finals for the first time since they lost to Italy in the 2006 final.

They also became only the second team to beat three different South American sides - Peru, Argentina and Uruguay - in a single World Cup tournament, after The Netherlands in 1974.

Belgium took advantage of some an overly attacking Brazilian approach at the Kazan Arena to take a 2-0 lead by half-time.

Nacer Chadli's corner struck Fernandinho's arm and deflected into the net to break the deadlock before a superb strike by Kevin de Bruyne after a strong run by Romelu Lukaku.

De Bruyne, Lukaku and Eden Hazard stood out for Belgium while goalkeeper Thibaut Courtois produced a string of excellent saves.

No equaliser came, however, as Brazil followed the likes of holders Germany and past winners Argentina and Spain, as well as Uruguay, in exiting the competition.

The two other quarter-finals are scheduled to take place tomorrow.

Sweden and England will meet at the Cosmos Arena in Samara before hosts Russia and Croatia play each other at the Fisht Olympic Stadium in Sochi.