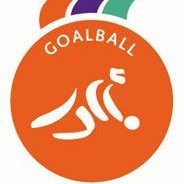 Turkey have risen to the top of the International Blind Sports Federation women's goalball world rankings despite losing to Russia in the final of the World Championships in Malmo in Sweden last month.

In their latest ranking announcement for June, Turkey have replaced China in the top spot, who now sit third after failing to win a medal in Malmo.

On the men's side the top four teams in the world have all retained their places in the rankings, with Brazil staying top after winning the gold medal in Sweden.

They sit in front of Lithuania in second, who are followed by China and the World Championship runners-up Germany.

Belgium have climbed from ninth to fifth on the list.

Belgium were also the big movers on the women's side, albeit much further down the rankings.

As with the men's standings, New Zealand are also bottom of the women's rankings at 53rd in the world.

The IBSA goalball rankings are updated every month.