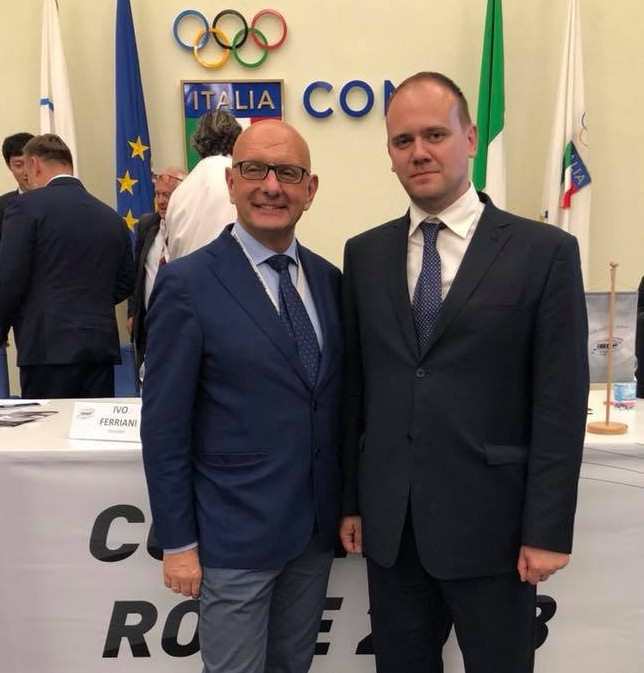 International Bobsleigh and Skeleton Federation (IBSF) President Ivo Ferriani has promised major events will return to Russia "as soon as possible" after he was re-elected to serve a third term at the helm of the world governing body.

Ferriani comfortably beat challenger Fritz Burkard of Switzerland during yesterday's vote at the IBSF Congress in Rome and immediately vowed the organisation would hold competitions in the scandal-hit country at the earliest possible opportunity.

Russia was not awarded any events on the IBSF's World Cup calendar for the 2017-2018 season and has also been excluded from the provisional list of host nations for the 2018-2019 campaign.

It follows an International Olympic Committee directive to Winter Federations in December 2016, made after the publication of the McLaren Report, not to hold any events in Russia.

"First of all, I want to say that Russia has been honest with us, transparent, open and cooperated on all matters," Ferriani said in an interview with the Russian Bobsleigh and Skeleton Federation, published on Facebook.

"We will surely return to Russia as soon as possible.

"We will work not to exclude Russia, but rather to include in our programmes.

"I know how your athletes dream of major competitions in Sochi."

The IBSF also tried to take action against Russian athletes implicated in doping and sample tampering at the 2014 Winter Olympics in Sochi.

In what was a highly-unusual step, the IBSF appealed the verdict of its own independent Anti-Doping Hearing Panel at the Court of Arbitration for Sport (CAS) after they decided not to re-impose provisional suspensions against those implicated.

The CAS then ruled they had no jurisdiction, meaning athletes such as Alexander Tretiakov and Elena Nikitina were allowed to continue competing internationally.

While the IBSF have attempted to sanction Russia, an athlete involved in the doping scheme, double Olympic gold medallist Alexander Zubkov, remains President of the Russian Bobsleigh Federation.

Zubkov is favourite to be re-elected later this year - despite the CAS upholding his Sochi 2014 disqualification.

His case represents one of the strongest in terms of evidence as his sample included physiologically impossible levels of salt.