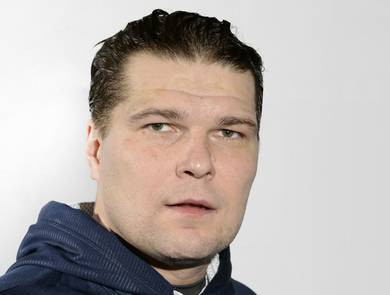 Valtonen has signed a two-year contract with the PZHL just a month after the previous coaches Ted Nolan and Tom Coolen left, following Poland's relegation to the third tier of the International Ice Hockey Federation (IIHF) Ice Hockey World Championship.

"I’m aware what hockey in Poland looks like, it absolutely doesn’t frighten me," he said.

"I know what to expect and I know that I can help,"

The 38-year-old was born in Piotrkow Trybunalski in Poland to a Polish mother and a Finnish father.

He moved to Finaland when he was four, where he took up the sport.

"If someone is not ready for that there’s nothing to look for in this sport.

"My players have to be ready for this."

As a coach he has worked with Jokerit Helsinki as both assistant manager and later the head coach.

For the last four seasons Valtonen has been head coach of Vaasan Sport in the Finnish Liiga, though they decided to part ways in March.

"He has a good CV," PZHL vice-president Miroslaw Minkina said.

"Tomek is willing to cooperate.

"He followed us, he knows a lot about us.

"The Finnish Association also praised him very much."

The PZHL suffered a big financial loss in the Spring that resulted in a change of leadership and possible legal action.

"We would not be able to afford the salary of a coach of this class even with the situation that the amount of the salary was not the main thing for him," he said.

Poland are due play the 2019 IIHF Ice Hockey World Championship Division I, Group B in Tallinn in Estonia.

They will be up against Japan, the hosts Estonia, Ukraine, Romania and The Netherlands.