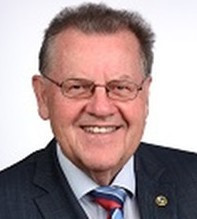 German Josef Fendt is set to be re-elected for a seventh term as President of the International Luge Federation (FIL) after the world governing body confirmed he would be standing unopposed at the Congress in Bratislava later this week.

The 70-year-old, who has been at the helm of the FIL since 1994, will be confirmed for another four-year stint when the organisation gathers for its Congress in the Slovakian capital on Saturday (June 16).

Fendt was among the winter officials to claim a blanket ban on Russia at the 2018 Winter Olympics in Pyeongchang would be unfair and publicly backed athletes from the country to compete at the event.

The Russian team was eventually forced to participate as neutrals by the International Olympic Committee following the widespread doping scandal in the nation.