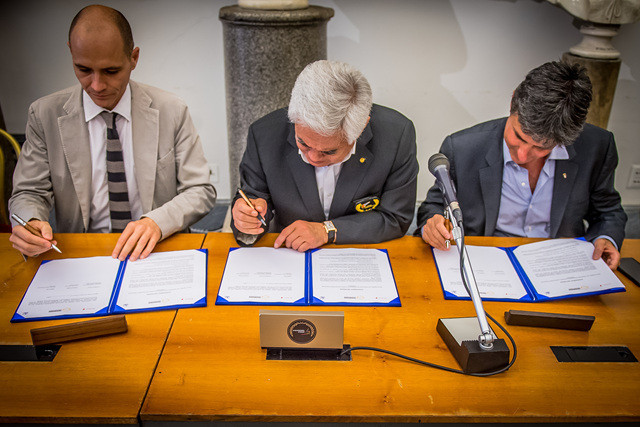 The Taekwondo Humanitarian Foundation (THF) have signed a Memorandum of Understanding with the Italian Taekwondo Federation (FITA) and the City of Rome.

The agreement will see the three parties conduct joint projects, workshops and conferences as well as exchange information.

It will also see Rome, whose authorities are looking to engage and support refugees in the local community, given the role of a "THF Ambassador City".

During the signing ceremony, THF President Chungwon Choue, who is also World Taekwondo President, Roma Council of Sport representative Daniele Frongia and FITA President Angelo Cito said they were honoured to be collaborating together.

They said they had underlined their commitment to supporting refugees and displaced persons.

The specific activities and financial responsibilities of each party will be discussed and agreed shortly.

This is the latest project initiated by the THF, founded by Choue in 2015.

The THF has so far delivered taekwondo training camps and education courses for refugees in several countries including Jordan, Nepal, Turkey and Rwanda.

The THF has also opened its first dedicated taekwondo facility, the Azraq Taekwondo Academy, in the Azraq refugee camp in Jordan.