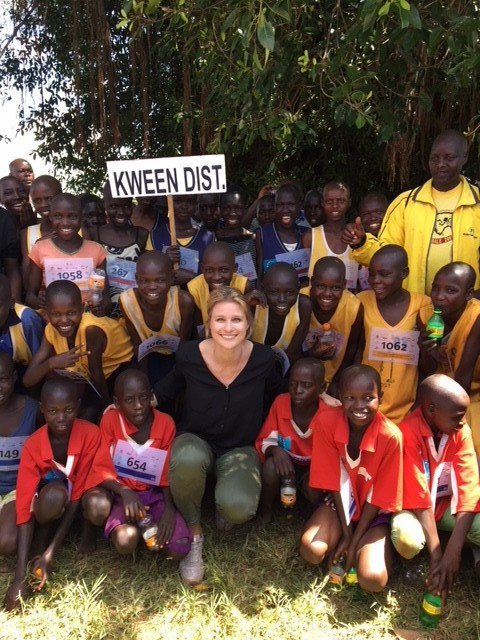 The German Olympic Sports Confederation (DOSB) have announced the launch of an athletics development project in Uganda.

The project, supported by the Federal Ministry for Economic Cooperation and Development, is designed to help disadvantaged children and young people become engaged in athletics.

They will take part in running, jumping and throwing competitions, which it is hoped will support personal development and promote health, education and inclusion through sport.

Further aims of the project include the development of local resources, sport materials and infrastructure.

DOSB President Alfons Hörmann said: "We want to ensure that as many young people in Uganda as possible can benefit from the social and educational qualities of sport."

Olympic fencing champion and Sport for Development ambassador Britta Heidemann, who was present at the launch event in the Ugandan city of Apac alongside Uganda's first lady and Minister of Education and Sports Janet Kataaha, added: "Being an athlete myself, I know how sport supports children and young people in their personal development.

"Furthermore, it brings together people of all walks of life, independent of their background, gender, or their abilities.

"That is why I actively support the Athletics for Development project in Uganda."

Similar projects organised by the DOSB are currently running in Namibia, Jordan and Turkey.