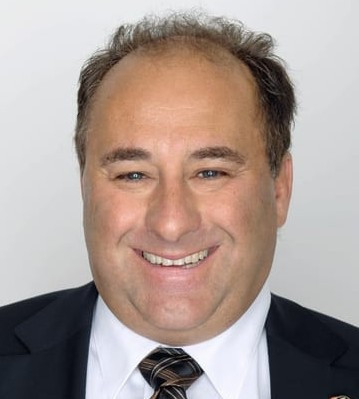 International Biathlon Union (IBU) vice-president James E. Carrabre has warned there may be more Russian doping cases within the sport as Ukraine became the latest country to announce they are boycotting the World Cup finals in Tyumen next week in protest at the event remaining in the country.

Canada's Carrabre, the IBU's vice-president for medical issues, told German broadcaster ZDF that he was "sure" further cases would appear.

Three Russian biathletes - Olga Zaitseva, Yana Romanova and Olga Vilukhina - were sanctioned by the International Olympic Committee for their role in the "systematic manipulation" of the anti-doping system at Sochi 2014.

There have so far been no other examples of doping from Russian athletes in the sport but Carrabre warned he believed this could change.

The Canadian also joined those who have criticised the IBU for keeping the World Cup finals, scheduled to be held from next Thursday (March 22) to Sunday (March 25), in Russia.

Carrabre, a member of the IBU Executive Board who made the decision during last month's Winter Olympic Games in Pyeongchang to allow Tyumen to remain as hosts, claimed the governing body were sending the wrong message by not stripping the Russian city of the event.

"First, we should send a signal because there were these doping offences from Russia," he told ZDF.

"Secondly, the athletes do not believe that their doping samples given there are safely treated and third, the athletes are worried about their safety."

Russia was at risk of losing the World Cup Final in Tyumen and two second-tier IBU Cups in Uvat and Khanty-Mansiysk this month.

The IBU instead confirmed the scheduled events in Russia would take place as planned, sparking an angry response from athletes.

Ukrainian Youth and Sports Minister Ihor Zhdanov announced on Facebook that the nation's biathlon team will boycott the event in Tyumen.

Britain, Canada, Czech Republic and the United States have also confirmed they will not send athletes to the competition.

Olympic pursuit silver medallist Sebastian Samuelsson, one of the athletes to have publicly criticised the IBU decision to keep the World Cup event in Russia, and Slovenian Klemen Bauer have individually chosen not to participate.

Samuelsson is also among those to have been subjected to online abuse and threats in response to the stance he has taken.

American Lowell Bailey, an outspoken critic of the IBU's handling of the Russian doping crisis, claimed there was "a lot of support throughout the world" not to go to Tyumen.

Concerns have been expressed to the IBU Athlete Committee by competitors, who claim the organisation have failed to protect clean athletes.

IBU President Anders Besseberg, who has been accused in some circles of being too soft on Russia, defended the decision to insidethegames at Pyeongchang 2018 but admitted boycott threats were likely to continue as long as the Russian Anti-Doping Agency remains non-compliant.