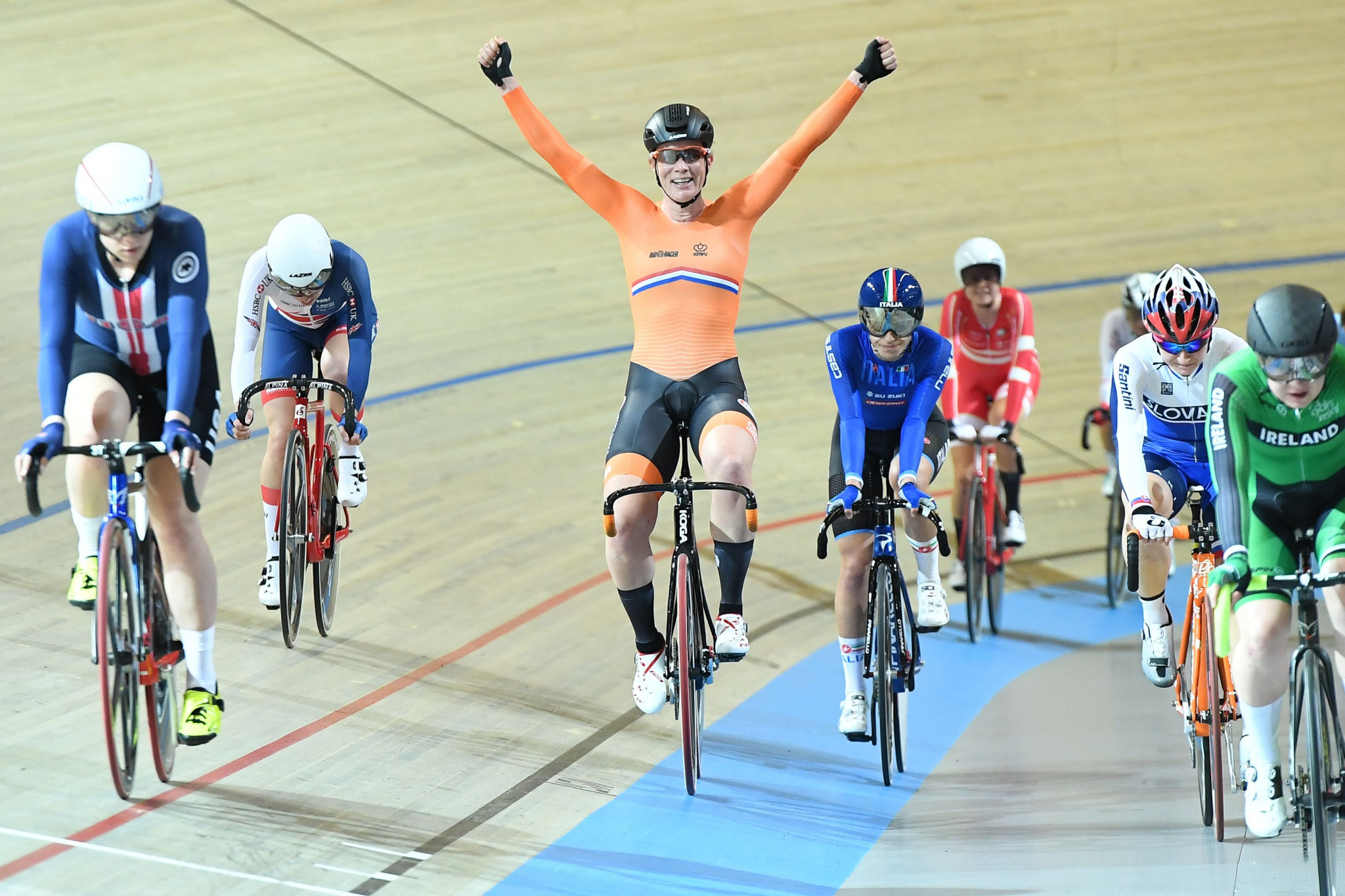 Wild had already delighted the locals on the opening day of the Championships at the Apeldoorn Velodrome, when she triumphed in the women's scratch race.

The Dutch rider returned to the track for the four event omnium, immediately taking control by winning the scratch event for the second time in three days.

Elinor Barker triumphed in the tempo race with Wild down in fifth, but the Briton was among several riders caught up in a heavy crash at the start of the elimination race, the penultimate event of the competition.

Wild would emerge unscathed and proved dominant throughout the race, eventually seeing off the challenge of the United States' Jennifer Valente in the final head-to-head battle.

It left the Dutchwoman two points clear of Italy's Elisa Balsamo at the top of the standings on 112, with Barker and Valente in joint third on 96.

A cagey points race aided Wild's defence of her lead, as she concluded the race by winning the final sprint to triumph on 121 points.

Denmark's Amalie Dideriksen gained a lap on the field during the 20 kilometre race to gain 20 points to clinch the silver medal on 112 points.

Bronze was claimed by Rushlee Buchanan on 106 points, with the New Zealand rider having gained two laps during the race.

There was also a second gold medal for Vogel, with the German adding to her team sprint crown by winning the individual title.

She impressively progressed to the semi-final stage of the competition, where she beat her team-mate Pauline Grabosch.

Vogel then faced Australia's Stephanie Morton in the gold medal contest, with both cyclists claiming one victory, setting up a deciding ride for the title.

Olympic champion Vogel hit the front at the start, with the 27-year-old holding off her rival to secure the win.

The success drew Vogel level with Meares' record of 11 gold medals at the Championships, which the Australian achieved back in 2015.

Despite Australia taking just four riders to the Championships as they prepare for a home Commonwealth Games in Gold Coast, they were able to celebrate gold in the men's points race.

Defending champion Cameron Meyer produced a canny ride to win the event for the fifth time in his career, sealing a ninth world title in the process.

The Dutch rider was three points clear of Britain's Mark Stewart, who secured the bronze medal.

Bronze was claimed by Russia's Alexander Evtushenko in 4:13.786, leaving Britain's Charlie Tanfield outside the medals in 4:15.930.