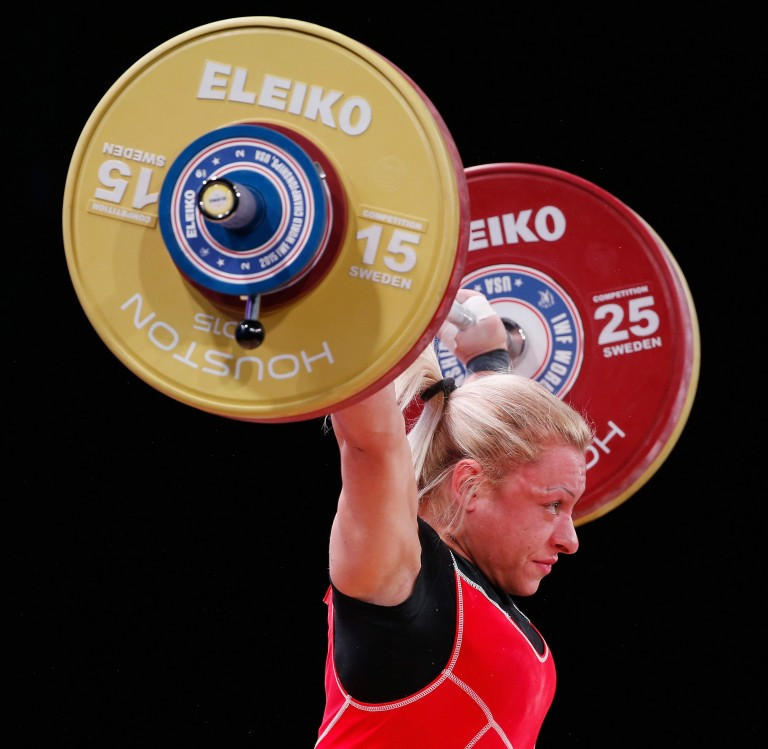 An anti-doping seminar was held by the International Weightlifting Federation (IWF) in Azerbaijan as part of the sport's efforts to maintain its place on the Olympic programme at Paris 2024.

The country is one of nine nations which were handed one year bans by the world governing body amid the sport's appalling drugs record.

All nine had three or more of the 49 positives revealed when the International Olympic Committee (IOC) retested samples from the 2008 and 2012 Olympic Games in Beijing and London using up-to-date technology.

Included in this number were several top-three finishers who have now been stripped of their medals.

The bans for the nine countries - also including Russia, Kazakhstan, Armenia, Ukraine, Belarus, Moldova, China and Turkey - started in October.

While weightlifting's place at Tokyo 2020 is secure, the IOC have threatened to remove the sport from the Paris 2024 schedule if changes are not made.

The IWF say they have adopted a new "hard-line" approach to doping but the IOC has placed them on probation and has asked for a report by June which needs to prove that plans can be implemented.

Among the things the IOC want the IWF to do is target countries who are serial offenders by making it more difficult for them to qualify for the Olympic Games.

For the IWF, the seminars are a way of working with such offenders.

Member Federations must now organise such anti-doping events at least every four months.

"We of course need to ensure we have robust anti-doping measures in place to protect clean athletes and catch athletes who cheat.

"But, it is equally important to have extensive education programmes in place to encourage cultural change and prevent the minority of athletes who cheat from cheating in the first place.

"When we suspended the nine countries we sent out the strongest possible message about how committed we are to protecting clean athletes.

"We also made it clear that we would work with these countries to make real and lasting change and put in the necessary anti-doping measures to address their doping issues.

"These anti-doping seminars are an effective way of doing that.

"But there is a lot more that needs to be done and a lot of criteria they need to fulfill before they can fulfill their obligation to ensure clean sport.

"The IWF, through the Monitoring Group, will continue to work with them to achieve this."

Other seminars have already been held in Armenia, China, Kazakhstan, Moldova, Turkey and Ukraine.