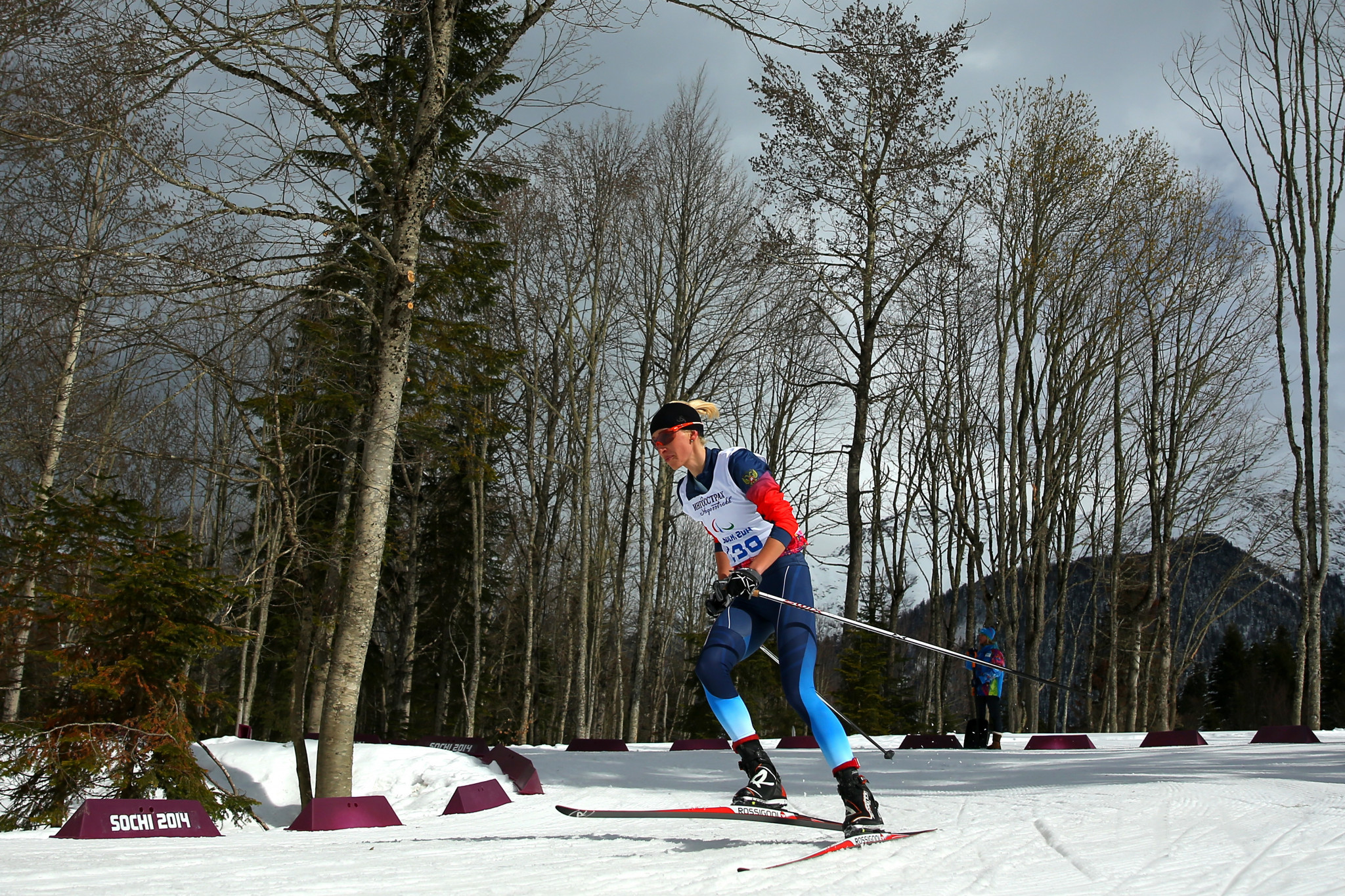 Russian athletes competing as neutrals dominated the penultimate day of the World Para Nordic Skiing World Cup in Oberried by winning five of the six biathlon races held in the German town.

Irina Guliaeva led a clean sweep in the women's sitting event to kick-start a successful outing for the neutral time.

Guliaeva powered to the gold medal in a time of 43min 46sec to beat compatriots Martina Zainullina and Natalia Kocherova, who finished with silver and bronze respectively.

The neutral squad then claimed a one-two in the women's standing event as Ekaterina Rumyantseva clocked 39:26.2 to oust team-mate Anna Milenina.

Iryna Bui of the Ukraine was the recipient of the bronze medal.

Mikhalina Lysova, guided by Aleksey Ivanov, triumphed in the women's visually impaired long distance race to deliver a third gold for the neutral team in 40:48.1.

Another one-two followed for the neutral team in the men's sitting long distance as Ivan Golubkov crossed the line in front of Aleksandr Davidovich in 36:50.6.

Ukraine's Taras Rad came through to take bronze behind the two Russian athletes.

Benjamin Daviet of France briefly halted the neutral dominance by winning the men's standing long distance in a time of 39:28.5

Aleksandr Pronkov, also competing as a neutral due to the suspension of the Russian Paralympic Committee following the doping scandal in the country, claimed silver and bronze went to Norway's Nils-Erik Ulset.

Stanislav Chokhlaev then ensured it was a golden ending to the day for the Russian athletes as he reigned supreme in the men's visually impaired long distance race by clocking 43:00.2.

Ukraine's Anatolii Kovalevskyi did enough for silver and bronze was claimed by Chokhlaev's team-mate Nikolai Polukhin.

The World Cup in Oberried is due to conclude tomorrow.