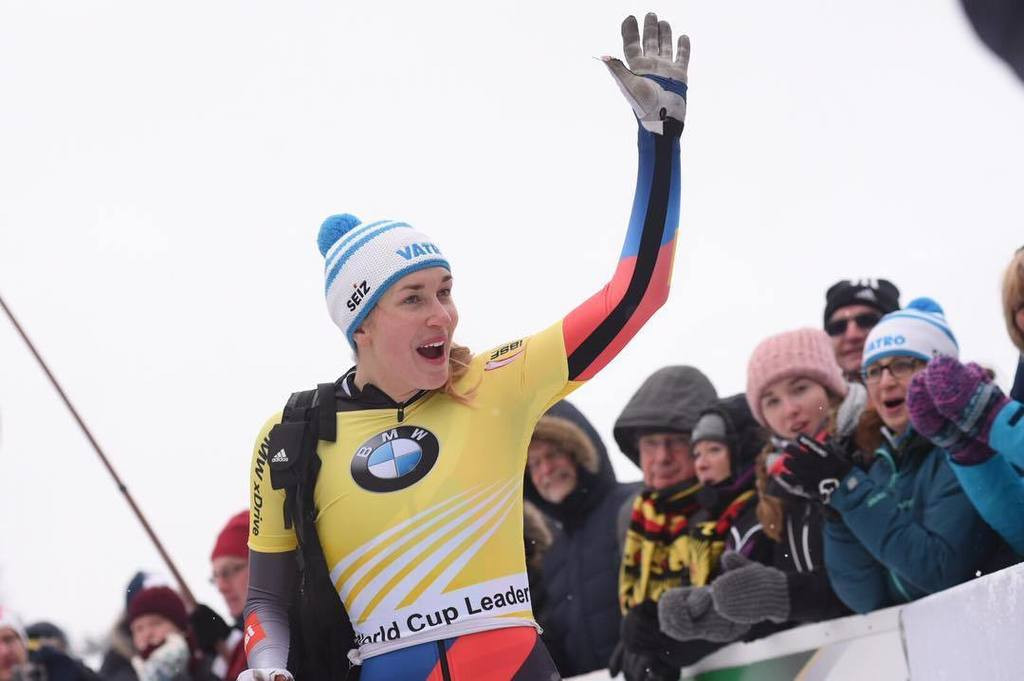 The 25-year-old came in behind defending World Cup winner Jacqueline Lölling who won in front of her home fans.

Nikitina is one of 22 Russian athletes who have been lodged at the Court of Arbitration for Sport (CAS) following the International Olympic Committee (IOC) retrospectively disqualifying athletes from Sochi 2014 for doping.

She had secured a bronze medal.

They will also be seeking to overturn an IOC decision to suspend them from all future editions of the Olympic Games.

22-year-old Lölling secured the best time on both runs and pushed last year’s winner Elisabeth Vathje, 23, of Canada, into second place by 0.24 seconds with Nikitina in third place, a hundredth of a second behind.

“The support from my fans at the track can only be positive for me, " said Lölling.

"I still remember how strange it felt during my first race here but now it pushes me to do my best.

"Winterberg is the best stop on the World Cup tour.”

After the fourth of eight races, Lölling has extended her lead with her second win and remains at the top of the overall standings with 810 points at the mid-point of the season.

Vathje, the 2015 World Championship bronze medallist, has climbed from third to take second place with 756 points.

Tina Hermann, of Germany with 738 points, will begin the second half of the Olympic season in third place overall having secured fifth place in Winterberg.

Vathje said: “With the snow, the first run was really tricky. But my equipment always runs well here in Winterberg; the sled really flies!”

In the Men's skeleton South Korea's Sungbin Yun remains the athlete to beat, with the bronze medallist from the 2016 World Championships celebrating his third win in succession.

Following the first and only run in Winterberg, Yun held a 0.06-second lead ahead of World Champion and defending World Cup holder Martins Dukurs, of Latvia, who claimed silver.

Dukers said: "I would have loved to race the second heat, because I was not far behind Sungbin Yun.

"But the Jury decision was correct.

"I am quite happy with the first half of the season, even if there were more ups and downs than expected.

"In this season the focus is on the Olympics, of course.“

Dave Greszczyszyn, of Canada, finished in a surprise third place for his first ever World Cup podium finish.

"I know the Winterberg track and had some good results here in European Cup and Intercontinental Cup," he said.

"I had a good start in first run and then tried to stay quiet and let the sled do its work.

Alexander Tretiakov, of Russia, was fourth, Tomass Dukurs, of Latvia, was fifth and Axel Jungk, of Germany, was sixth.

Heavy snowfall led to the cancellation of the second run.