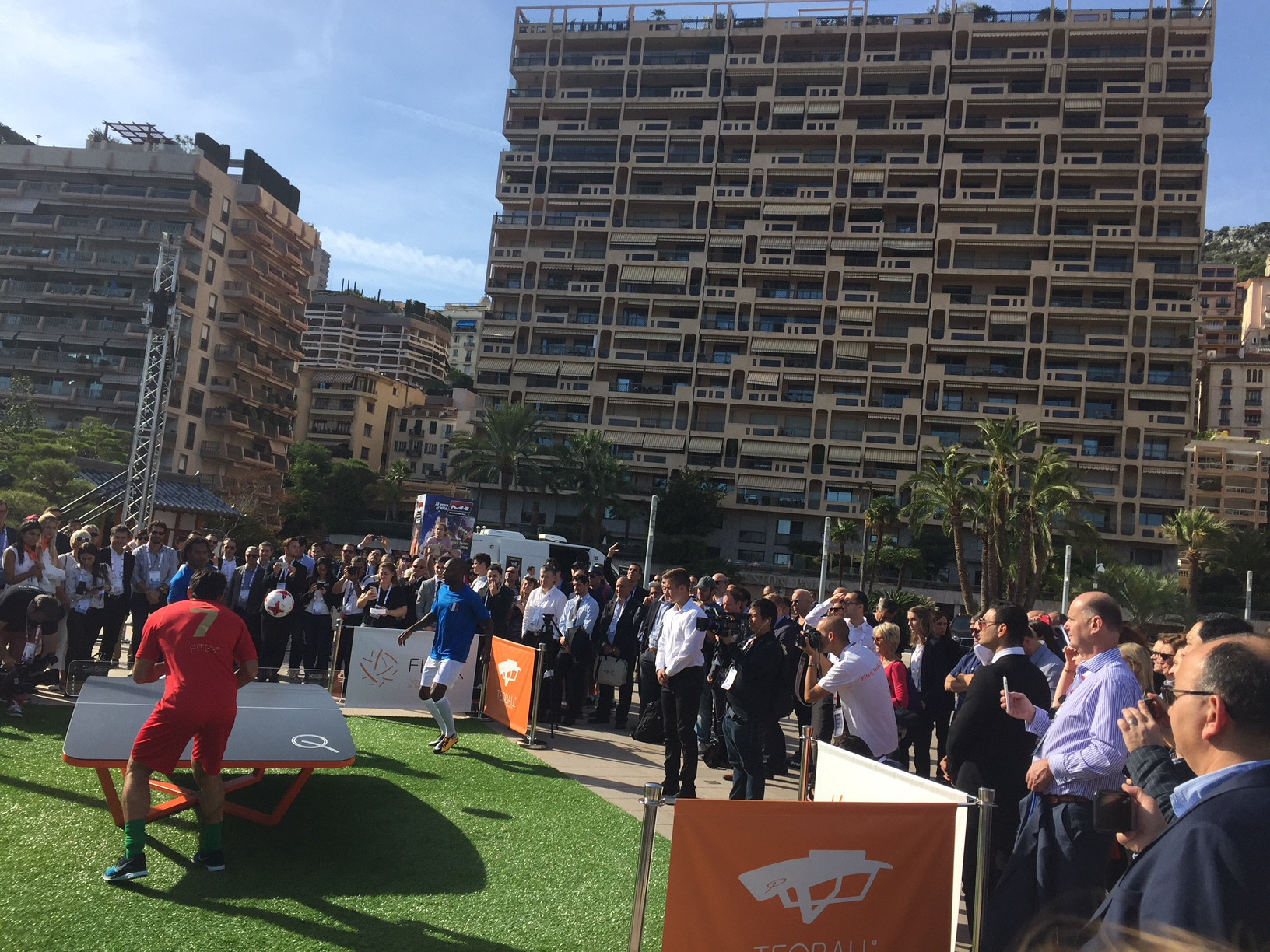 Former international footballers Luis Figo and Christian Karembeu were among the players to promote the sport of teqball, a table tennis-football hybrid which was demonstrated at the SPORTELMonaco convention here today.

Figo and Karembeu, both of whom used to play for Spanish giants Real Madrid, were on opposite sides during an exhibition match between Portugal and France.

Karembeu teamed up with William Gallas, an ex-France international who had spells with Chelsea and Arsenal during his career, while Figo played alongside compatriot and former Barcelona star Simão Sabrosa.

The match was held as part of a campaign from the International Teqball Federation (FITEQ) to promote and develop the newly-established sport.

The game is played on a specialist table, which the business branch of the FITEQ manufacture themselves.

Under the rules of the game, the ball must be returned to the opponent by touching it a maximum of three times.

The same body part cannot touch the ball in succession.

Matches are played in either singles or doubles format.

There are now tables in more than 35 countries, FITEQ claimed, while 20 nations participated at the inaugural Teqball World Cup in Budapest in July.

It has been endorsed by a raft of former and current footballers, including German World Cup winner Lothar Matthäus, ex-Barcelona captain Carles Puyol and Brazilian Neymar, who moved from Barcelona to French club Paris Saint-German for a world record fee of €222 million (£198 million/$261 million) earlier this year.

The Lausanne-based FITEQ hope to establish competition at both the amateur and professional level, while President Gábor Borsányi ambitiously targeted a place on the Olympic programme in the distant future.

Another aim is to introduce the tables into more academies in football clubs all over the world in a bid to develop footballing technique and skill.

"It is a new and exciting sport," Figo, who played for both Barcelona and Real Madrid and was capped 127 times for Portugal before retiring in 2009, said here.

"In our generation we did not have the chance to have the quality of these tables.

"We used to have to use makeshift pitches in dressing rooms, but now teqball exists.

"I think it can be used not only in the dressing room but you can do it in the park and around schools and I think it will stay in the market.

"I am happy to try the sport and help its development."