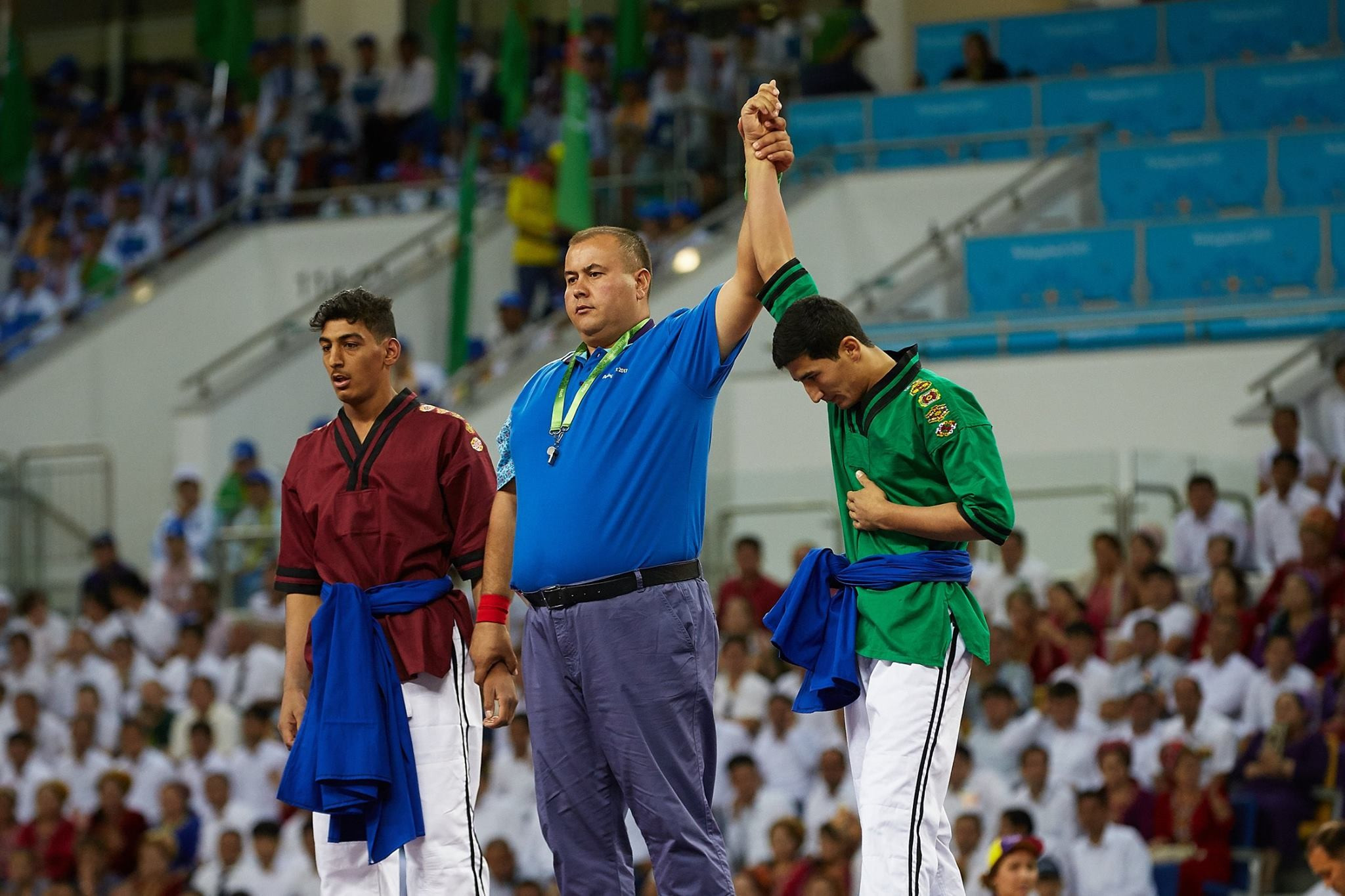 Laçyn Badaglyýewa set the hosts on their way to a memorable night by beating Uzbekistan’s Shakhzoda Ergasheva 2-0 in the final of the women’s under 52 kilograms category.

"I am so excited about this gold medal," Badaglyýewa said.

"It is a great feeling.

"I wish more athletes from Turkmenistan share that joy and win more medals for our country."

Zuhra Madraimowa doubled Turkmenistan’s gold medal tally thanks to a 2-0 victory over Gulkhumoroy Dadaboeva, who like Ergasheva is also from Uzbekistan, in the women’s under 58kg final.

Gülnar Haýytbaýewa added another title to Turkmenistan's haul after she threw her compatriot Dinara Hallyýewa to win the women's under 63kg crown.

A fourth gold medal of the night for Turkmenistan came courtesy of Nasiba Surkiýewa, a 2-1 winner over Uzbekistan’s Gulmira Ismatova in the women’s under 70kg final, before Allanur Goçow triumphed 2-0 in an all-Turkmen men’s under 57kg final at the expense of Ýakupnazar Ýakubow.

The women’s under 70kg bronze medallists were Indonesia’s Anita Dwi Nengrum and Turkmenistan’s Rano Uzakowa, while the Philippines’ Alvin Lobreguito and Tajikistan’s Faridun Qurbonov shared the third step of the men’s under 57kg podium.

There were also all-Turkmen finals in the men’s under 82kg, under 100kg and over 100kg categories.

Iran’s Habibollah Torabi and Uzbekistan’s Eldor Nematov were the under 82kg bronze medallists, while Tajikistan’s Abdurahmon Mamatqulov and Uzbekistan’s Islomjon Kuldashev won the equivalent prizes at under 100kg.

Turkmenistan did not have things all their own way, however, with Orazmämmet Welmämmedow losing 2-1 to Uzbekistan’s Ilkhomjon Mashrabov in the men’s under 75kg final.

There was also defeat for home favourite Berdiýew Öwezgeldi in the men’s under 90kg final, losing 2-1 to Uzbekistan’s Obidali Mavlonov.

Today’s other gold medallist was Mongolia’s Munkhtsetseg Otgon, who overcame compatriot Sarangoo Ganbold 2-0 in the women’s over 70kg final.

The bronze medallists were both representatives of Turkmenistan with Maksuda Egemberdiyewa and Jahan Muhammedowa completing the podium.

The second and final day of traditional wrestling action is scheduled for Monday (September 18).