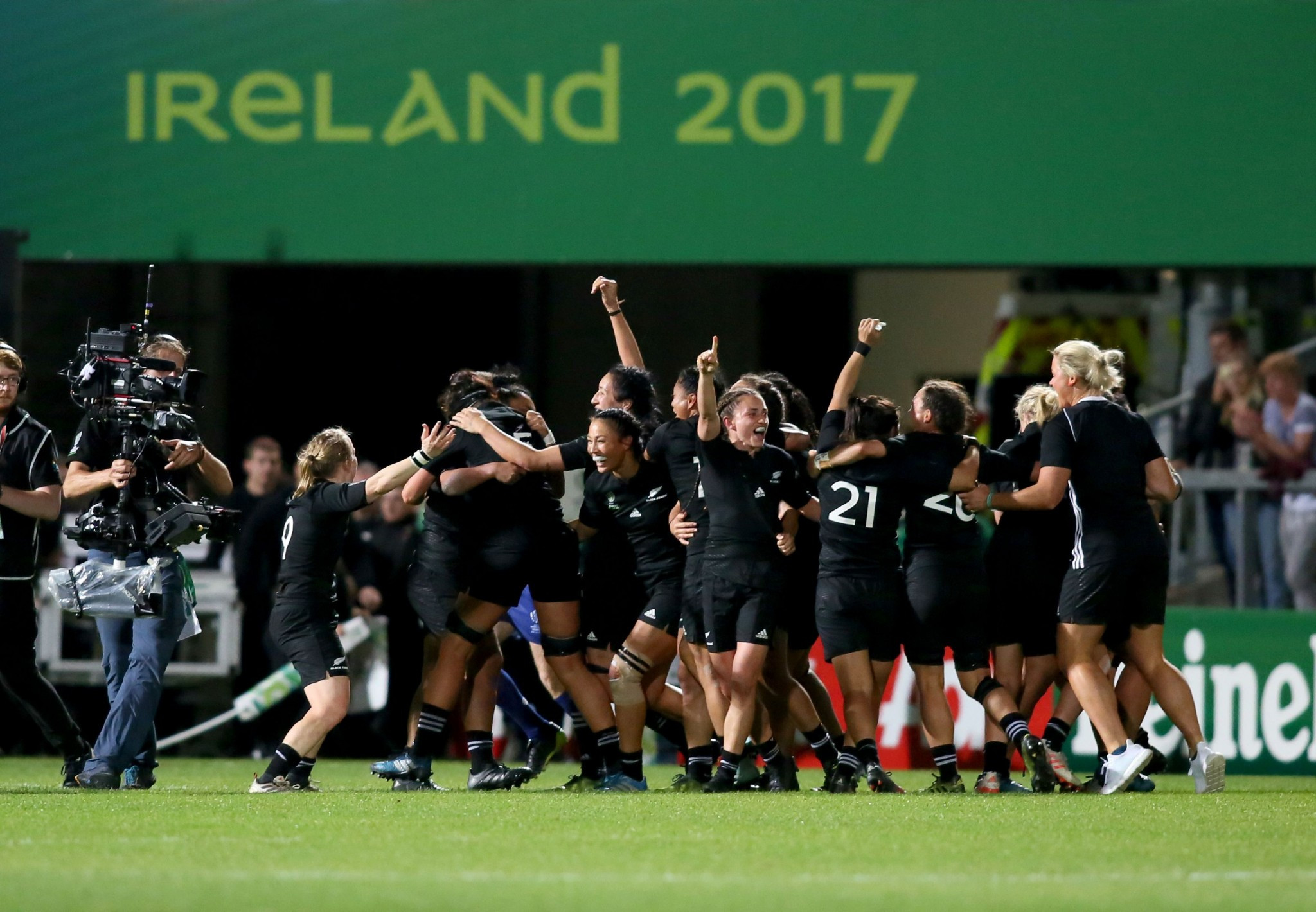 New Zealand, winners of the Women’s Rugby World Cup on four consecutive occasions before England secured the trophy two years ago, regained the title in formidable fashion at the Kingspan Stadium in Belfast.

The Black Ferns' powerful 25-year-old prop forward Toka Natua excelled herself with a historic hat-trick of tries as her team won a hugely competitive final 41-32.

The two most successful teams in Women’s Rugby World Cup history provided a predictably intense contest in a match that offered a very favourable impression of the women’s game.

Shortly before this tournament began it became widely known that the full-time contracts for the England 15s squad would not be renewed by the Rugby Football Union – which said it was concentrating its resources on the sevens game over the next few years, heading into the Tokyo 2020.

The benefits of  England’s full-time working became increasingly obvious in a first half where their disciplined forwards grew increasingly dominant, often reducing their individually powerful opponents - who have semi-professional contracts in their 15s game - to ragged defence.

England, who beat Canada in the 2015 final, had never beaten New Zealand in the World Cup, having lost one semi-final and three finals between 1998 and 2010.

But the Red Roses were emboldened by their performance in the most recent meeting between the sides, in which they scored five tries to earn a 29-21 away win in the International Women's Rugby Series in June.

New Zealand, however, had never lost a World Cup final and were plainly eager to keep that sequence going.

They had enough sheer talent and power to overcome a massive effort by an England side who dominated the first half but ran out of gas halfway through the second-half shortly after regaining a one-point lead at 25.24.

"You couldn’t have asked for a better final than this, there was some amazing talent displayed out there.

"Credit to England, they are an amazing team with amazing forwards and amazing backs and they just really gave it to us tonight and we had to dig deep and believe in or game.

New Zealand hat-trick score Toka Natua added: “It is an amazing feeling, knowing that this is not only for me but for my town Tokoroa and the rest of New Zealand.

"If you let worry creep in, it is just going to take over so we just kept calm and kept that fire in our belly and kept going forward.

"Our coach Glenn Moore just said at half-time it’s now or never and imagine that our family was behind us on defence and that we needed to protect them and not allow anyone to get through.”

"We came here with one goal, but we came up just short.

"Rugby’s a really hard game to play without the ball - that was partly our fault, and partly the pressure New Zealand put us under."

A seventh minute unconverted try by Selica Winiata after a cross kick and a break down the right wing had set England back on their heels.

A 14th minute penalty by Ecarratt brought them back to 3-5, and after Sara Goss received a yellow card and 10 minutes in the sin bin for lifting and dumping Katy McLean in a tackle England increased their forward pressure, earning a well-deserved reward of a penalty try and conversion in the 24th minute to take a 10-5 lead.

Eight minutes before the break a flowing move by England freed right wing Lydia Thompson for a try in the corner that was converted by Scarratt to extend the lead to 17-5.

A deft try by Natua narrowed England’s lead to 17-10 at half-time.

Four minutes into the second half, Natua struck again for a try which Kendra Cocksedge converted to bring the scores back to 17-17.

A penalty by Scarratt edged England ahead again after 50 minutes, but three minutes later the New Zealanders were back in the lead after Cocksedge converted a try by Charmaine Smith to make it 24-20.

The holders struck back in the 54th minute as Thompson earned her second try of the match, restoring England’s lead by a point after Scarratt failed to convert.

Kicker turned try-scorer for the New Zealanders two minutes after the hour as Cocksedge went over for a try which extended the Black Ferns lead to 36-25, although she failed to convert her effort.

Twelve minutes from time the opening try scorer Winiata added a second to increase New Zealand's lead to a commanding scoreline of 41-25.

England’s victory in Paris two years ago, after four consecutive Black Ferns World Cup wins, was being made to look like a blip.

Izzy Noel-Smith pulled a try back for England four minutes from time, and Scarratt’s conversion made it 41-32.