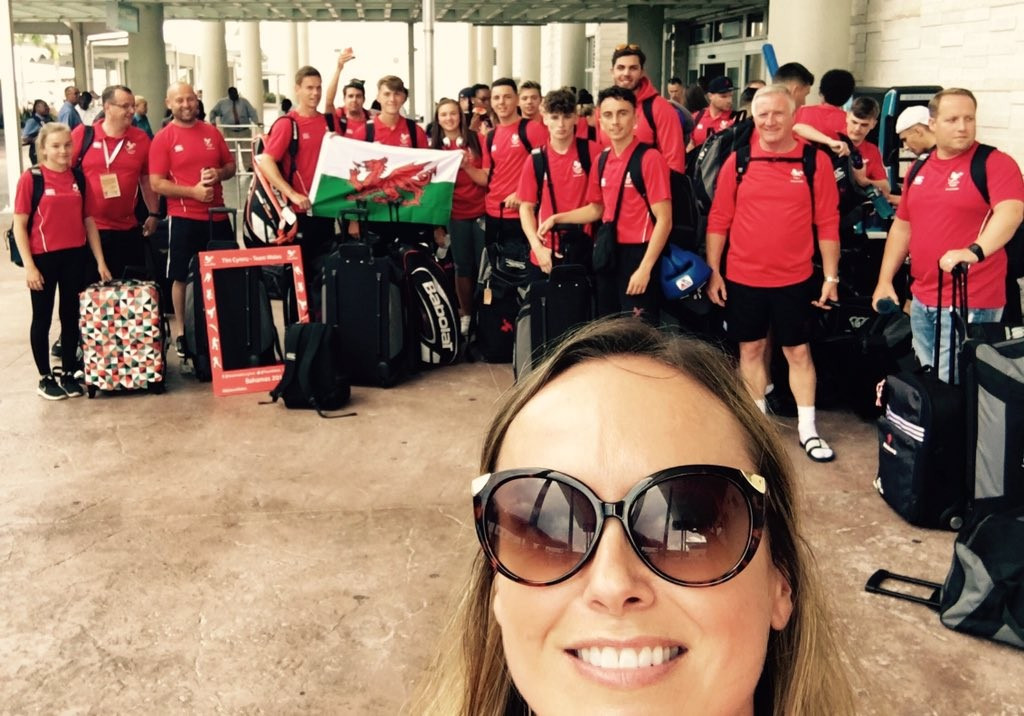 Athletes from England, Wales and South Africa were among those to arrive here today as they prepare to compete at the Commonwealth Youth Games.

Around 1,300 competitors are expected to take part in the event, due to begin on Tuesday (July 18) with action in judo and the Opening Ceremony at the Thomas Robinson Stadium.

England's team for the Games, the largest international sporting event ever staged in The Bahamas, is made up of 72 athletes, who will compete in athletics, beach volleyball, boxing, judo, rugby sevens, swimming and tennis.

A total of 24 competitors are set to represent South Africa in athletics, beach volleyball, boxing, judo, swimming and tennis.

A total of 39 athletes have been chosen to compete for Wales in athletics, swimming, boxing, judo, tennis and rugby sevens.

Scotland, whose delegation arrived here on Friday (July 14), have been given a message of support by two-time Commonwealth Games swimming gold medallist Hannah Miley.

In a post on Twitter, the 27-year-old, winner of a gold medal in the 400 metres medley race at the World Short Course Championships in 2012, wrote: "Want to wish everyone at Team Scotland the best of luck ahead of the #CYG2017 in The Bahamas."

#TeamEngland have arrived in the Bahamas for @Bahamas2017Cyg. Looking forward to a fantastic Commonwealth Youth Games pic.twitter.com/Gh2GBgYcCG

"While we hope that many of our athletes will return with medals, the major benefit of the Commonwealth Youth Games is the opportunity it gives young athletes to experience this level of international competition in a multi-sport environment," Scotland's general team manager and former rugby sevens player Colin Gregor said.

"The chance to engage with people their age from other sports and from all around the Commonwealth is something I know they are all looking forward to and the whole event, including the travel, will be a learning experience as many will not have competed so far from home before.

"The opportunity to learn from the expertise of the staff travelling with them will stand them in great stead for future events overseas."

The 2017 Commonwealth Youth Games, which will last until next Sunday (July 23), will be the biggest edition of the event, first held in 2000.

There are due to be 94 gold medals awarded in athletics, beach soccer, beach volleyball, boxing, road cycling, judo, rugby sevens, swimming and tennis.