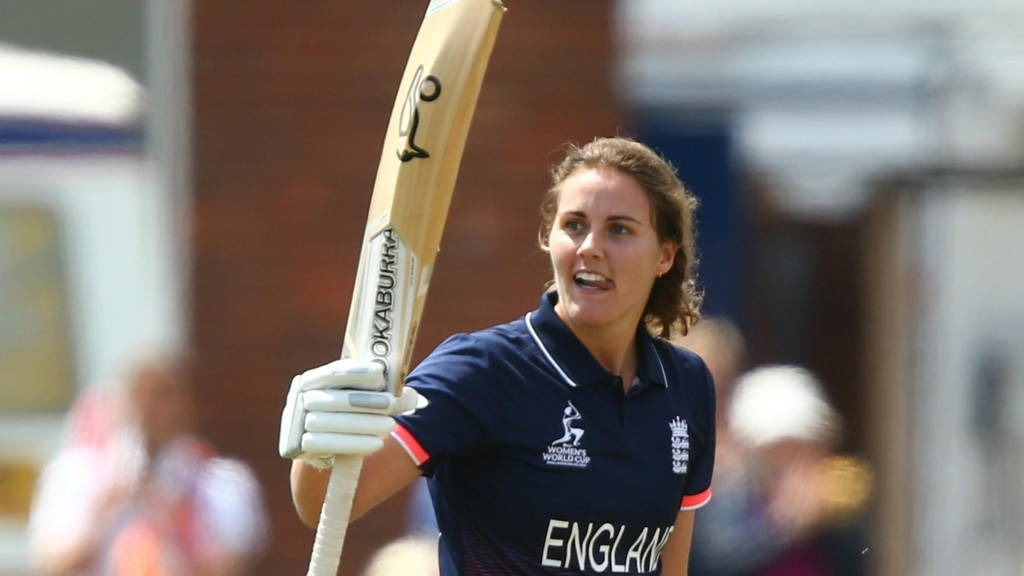 Batting at number five, Sciver’s 129 came off just 111 balls with 11 fours as England posted 284-9 at the Country Ground in Derby.

New Zealand failed to reach top gear during their response as Alex Hartley took three wickets for 44 and Anya Shrubsole two for 19 as the White Ferns were bowled out for 209.

The team from Oceania, who lost the toss, had made a decent start as they picked up three English wickets for the loss of 52 inside the first 14 overs.

This brought Sciver to the crease and alongside Tammy Beaumont she put on 170 runs for the fourth wicket to get proceedings heading in their side’s direction.

Nelson struck for Beaumont though, who was seven runs short of a century, as she was caught and bowled by Leigh Kasperek with the scoreboard on 222 with exactly nine overs remaining.

England’s remaining batswomen made sure they saw out these overs, despite wickets falling at regular intervals.

The final period of the innings also saw Sciver reach her ton before eventually being caught by Amy Satterthwaite, making her 100th One-Day International (ODI) appearance, trying to play a slog sweep off Amelia Kerr’s bowling.

Kerr, a 16-year-old right-arm leg spinner, finished the innings with figures of four for 51.

New Zealand looked to be setting up a close encounter after settling from losing Rachel Priest to Shrubsole in the second over for 12 as captain Suzie Bates and Satterthwaite got them to 89-1.

A breakthrough was made though by Hartley as Bates was stumped by Sarah Taylor for 44 and from there, England’s bowling attack took charge as the Kiwis struggled to put any more significant partnerships together.

England’s dominance in the latter part of the match could be summed up by the fact they wrapped proceedings up with 20 balls to spare.

Joining the hosts in the semi-finals will be defending champions Australia and South Africa, who both won today.

The Australians claimed an eight-wicket victory at the County Ground in Bristol against India, who saw Poonam Raut score 106 in an ultimately worthless first innings.

The match also saw India's captain Mithali Raj become the all-time leading women's ODI run-scorer as her knock of 69 got her to 6,028, bettering England's Charlotte Edwards' total of 5,992 in the process.

South Africa defeated Sri Lanka by the same result after bowling the Asian team out for 101, with captain Dane van Niekerk picking up four for 24 at the County Ground in Taunton.

The final round of games in the group stage will all take place on Saturday (July 15).

The match between New Zealand and India in Derby will determine who takes the fourth semi-final spot, with the winners of this encounter progressing to the next round.

India are currently positioned in fourth place in the table, but are just a point in front of the Kiwis.