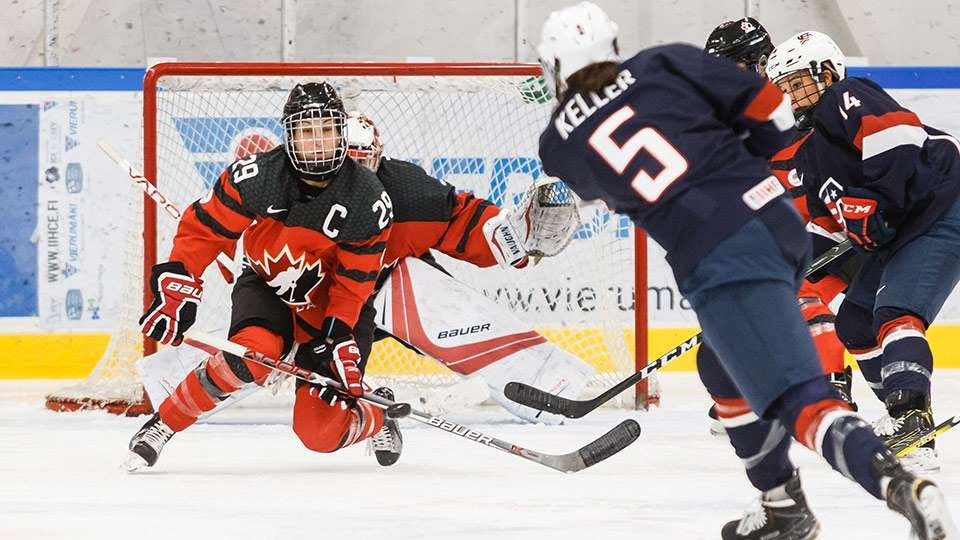 Canada’s women’s ice hockey team are set to face the United States later this year in an exhibition series that will have a bearing on the country’s final squad selection for the 2018 Winter Olympic Games in Pyeongchang.

The series is due to begin with a match at Quebec City’s Videotron Centre on October 22.

It will also see games hosted across the US and in at least two other Canadian locations with further details on those expected to be released later this year.

Canada and the US were the respective Olympic gold and silver medallists at Sochi 2014.

"This series is an incredible opportunity to showcase women’s hockey in a best-on-best atmosphere and we’re looking forward to bringing that to Quebec City," Melody Davidson, Hockey Canada’s general manager of national women’s team programmes, said.

"As we continue to look ahead to the 2018 Olympic Winter Games, this series marks another critical step in our preparation and will certainly be a fantastic opportunity for fans to watch the top players in North America battle in advance of puck-drop in Pyeongchang."

Camille Bernier, chair of the Organising Committee for the game in Quebec City, said: "This event is a first for Quebec, and is possible thanks to our first-class partners."

Bernier also chairs the Organising Committee for the 2017 National Women’s Under-18 Championship due to take place in Quebec City from November 1 to 5.

"Hockey Canada, the Remparts de Québec, the Videotron Centre, and the City of Quebec showed immediate interest when we first proposed the opportunity for Quebec to host a game," Bernier said.

"We are confident that the Quebec region's fans will be as enthusiastic in their support of the game with their presence at the Videotron Centre on October 22."

Canada are aiming for a fifth consecutive Olympic gold medal at Pyeongchang 2018.

The US beat Canada in the final of the inaugural women's Olympic tournament at Nagano in 1998.