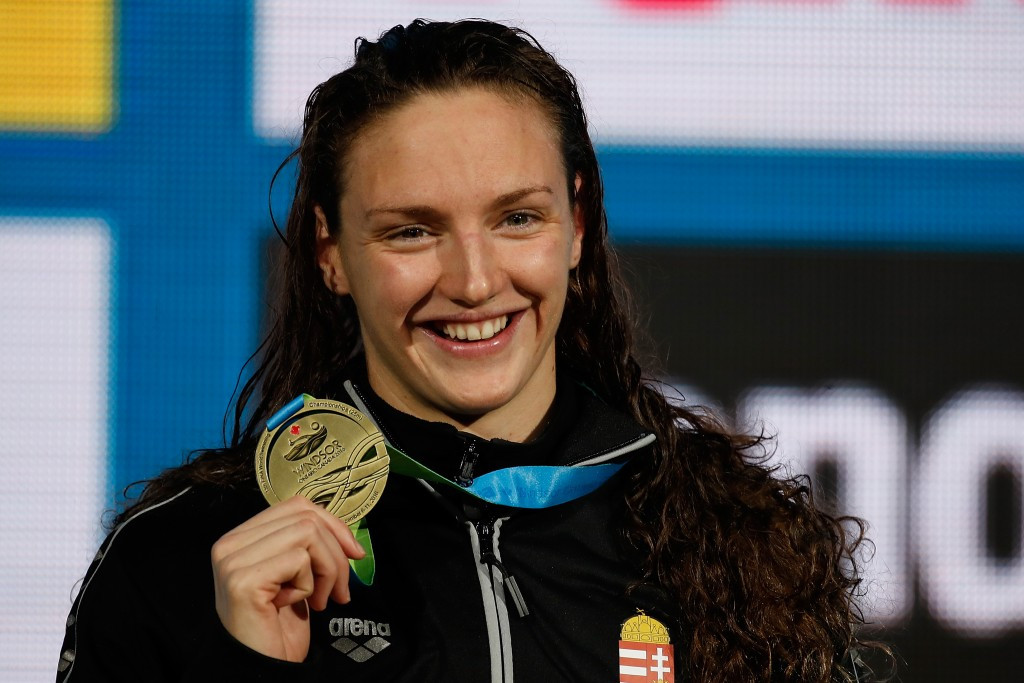 Triple Olympic gold medallist Katinka Hosszú has today unveiled the Global Association of Professional Swimmers (GAPS) with a number of the sport’s top athletes featuring on the list of members.

Last month, Hosszú claimed the International Swimming Federation (FINA) is in "chaos" and called for the creation of a worldwide professional union among the sport’s athletes.

The 28-year-old Hungarian, winner of gold medals in the women's 100 metres backstroke, 200m medley and 400m medley at Rio 2016, penned an open letter that she posted on Twitter.

In the letter, Hosszú claimed that "if swimming is still not a professional sport, then that is a reflection of the work FINA has been doing for the past few decades, not a reflection on the sport that is one of the fundamentals of childhood athletic development".

She has also taken to Twitter to announce the launch of GAPS, which has been joined by Olympic gold medallists and world record holders from across the globe.

The list was accompanied by an open letter from Hosszú addressed to her fellow swimmers.

"We are proud to announce that with more than 30 members, including 15 Olympic champions, the Global Association of Professional Swimmers (GAPS) is coming to life today, with its members already representing all the continents of the globe," she wrote.

"Our goal is to have more members and to listen to all of you.

"GAPS will make it possible for us to jointly represent the interest of the professional swimmers, to have a clear view on what is happening today in the sport of swimming, and to have a chance to influence the future development of our sport.

"We now rightfully expect that leaders of FINA will give us a seat at the table.

"We expect swimmers to be treated as equal partners.

"We expect that they will sit down and start talking to us.

"We expect that they will listen to the voice of the professional swimmers and we expect to have a say in important decisions about the future of our sport.

"You can join and share your opinion with us on https://swimmingprofessionals.org/.

"And when the time comes, we will be able to represent the best interests of the entire professional swimming community as one."

FINA claimed the changes have been made to "attract more stars and improve the exposure and visibility" of the competition.

Alterations include Olympic and World Championship medallists having direct access to finals and a maximum of 25 events per leg.

FINA also promised there will be increased financial rewards for each race with swimmers competing for prize money of $3,900 (£3,000/€3,400) per race.

The overall amount of prize money available could rise to $2 million (£1.5 million/€1.8 million).

It is the change that allows swimmers to only enter a maximum of four individual races per leg, though, that has angered Hosszú the most.

Hosszú, nicknamed the "Iron Lady", has dominated the World Cup in recent years, finishing top of the women's standings in the last five editions after entering into almost every discipline.

Athletes will,  however, be able to enter relay events on top of their individual races.

"Many things can change in sports in a span of two weeks, not only races and championships, but careers as well," Hosszú added in her open letter.

"In Rio it took roughly a week to award all the medals of the Olympic swimming competition, and the same will happen in the World Championships this year in Budapest.

"In the last two weeks, I’ve learnt an important lesson: this amount of time could be enough for an entire sport to start heading into a completely new direction.

"I was hoping that my last letter would have a light bulb effect for many of you, but even I underestimated the rate at which everything would happen.

"I do not mean the fact that the press would quickly jump on the topic, or that many people who were never interested in swimming will start asking questions about the sport, but I mean the speed and ease at which all of us, the swimmers, have started to come together as one.

"As I believed, many of us were on the same page, well aware of the problems of today’s swimming.

"We had the same way of thinking when it came down to finding solutions to those issues.

"Even if we had remained silent until now, most of us were not only ready to openly talk about the problems, but ready to act in order to reform the sport of swimming, even if those changes might be against our own personal interests.

"This whole movement has immediately eliminated many of our dividing lines, with different nationalities, languages, time-zones and cultures all coming together as one."