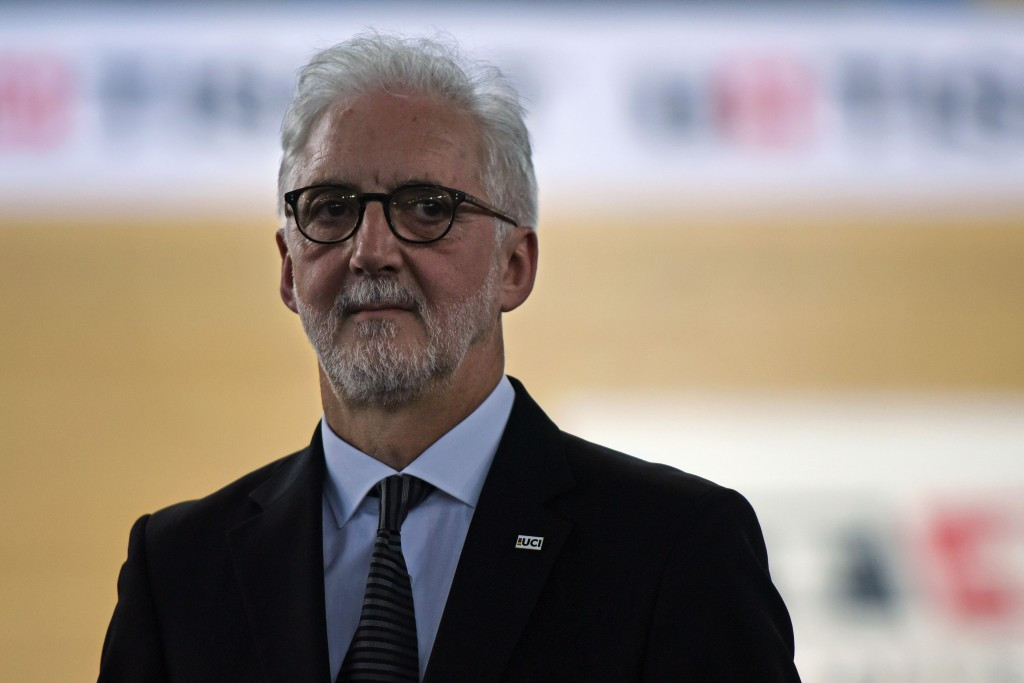 Brian Cookson has described suggestions the British Cycling Board ignored conclusions made in a 2012 report by Peter King, which highlighted cultural and behavioural issues in the world class performance programme (WCPP), as “absolutely wrong”.

A review into the culture of British Cycling’s WCCP, published last week, assessed the period between 2012 and 2016.

Led by Annamarie Phelps, the chairman of British Rowing and vice-chair of the British Olympic Association, the review of British Cycling was launched in April 2016 to look at any lessons the National Federation could learn.

The process was initiated after former technical director Shane Sutton resigned from his role amid accusations of discrimination against sprinter Jess Varnish.

The panel found that “good governance was lacking at Board level in relation to how it managed the culture and behaviours within the WCPP”.

It was claimed in the review that “hard-hitting conclusions” made in the King report concerning behaviours in the WCPP were “not acted upon with necessary haste or focus by the British Cycling Board”.

The King report, which was made public for the first time last week, stated that several interviewees refereed to a “culture of fear, intimidation and bullying”, while it was also claimed there was a “bizarre management structure” and “autocratic leadership”.

Cookson, who served as British Cycling President from 1997 to 2013, refuted suggestions he had received a copy of the King report.

The 66-year-old, who is now the International Cycling Union (UCI) President, claimed the board were presented with recommendations by then British Cycling chief executive Ian Drake, which were then agreed upon.

“I did not see it, but what I did participate in was a board meeting in December 2012, when the conclusions of this report were presented to us.

“What Ian presented to us was the outcomes and recommendations from that report, a number of which were nothing to do with any issues of behaviour.

“They were about how we sustain the success of the organisation and benefit from the medal winning success to benefit the sport as a whole, and sustain that going forwards, after the huge success of London 2012.

“One of the things that was in that report was that it had been discovered that there were behavioural issues, within the WCPP.

“What was recommended to us by the chief executive was a series of action.

“For instance, it was agreed and understood it to be the case, that David Brailsford had committed to remain as performance director to Rio 2016, Dr Steve Peters would remain supporting podium athletes and arrange for succession for himself thereafter and Chris Boardman would stay in charge of research and development.

“There would be reorganisation in the management, there would be a new position brought in over the programmes director to ease the administrative and management role on all of them.

“And that Shane Sutton would be moved out of direct coaching of athletes and into a role where he was mentoring and developing the rest of the coaches.”

Brailsford had been jointly managing the WCPP and Team Sky, since the men’s professional road team were founded in 2010.

He left his role as British Cycling performance director in 2014 to focus on his position at Team Sky.

Peters also opted to stand down from his position in 2014, while Sutton moved from the role of British Cycling’s head coach to the newly created position of technical director.

Cookson believes the structural changes outlined in 2012 shows that the British Cycling Board had not ignored the issues raised in the King report.

“As far as I was concerned, we agreed all that in December 2012 and the first half of 2013 it began to be implemented,” he said.

“In the middle of 2013, I decided to become a candidate for the UCI Presidency with the elections in September and I had to resign from my position at British Cycling.

“The idea that we ignored the conclusions of the King report are absolutely wrong.

“We did not ignore them, we were given information about them

“We did not see the whole report but we were given information about the findings and were given recommendations and an action plan, and in the first half of 2013 they began to be implemented.

“One always looks at oneself and thinks what could we have done differently, but I had no reason to believe that the findings presented to us were not a full and comprehensive review of the information.”

However, Cookson, who will be challenged by France’s David Lappartient for the UCI Presidency in September, admits he could have asked for a full copy of the King report.

“I guess when I look back, I think maybe it would have been better if I had seen the full copy of the report,” Cookson said.

“I had no reason to believe that there was serious problems that were not being dealt with properly.

“We got a serious of recommendations from the chief executive and it was explained to us in the board meeting what the problems were, he told us what the action plan he was proposing was going to be and we agreed to it.

“I think we did take the right action at the time given the information available to us.”

Culture, Media and Sport Select Committee chairman Damian Collins claimed last week that Cookson should not be supported by UK Sport in his efforts to be re-elected as UCI President.

He had made a similar call in January regarding Cookson, which came as he chaired a Culture, Media and Sport Select Committee session discussing British Cycling.

Collins also called for members of the British Cycling’s Board to be replaced.