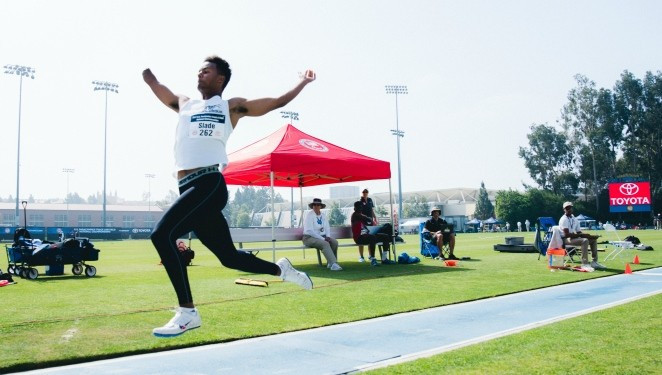 Los Angeles 2024’s proposed Olympic and Paralympic Village at the city's university had the opportunity to demonstrate its readiness to host world-class Para-athletes by staging the 2017 US Paralympics Track and Field National Championships.

A total of 190 elite athletes, including 63 Paralympians, competed across three days of action at Drake Stadium in the heart of the University of California, Los Angeles (UCLA)

"On behalf of LA 2024, I’d like to thank US Paralympics and UCLA for hosting three electrifying days of sport in the City of Angels," Paralympian Candace Cable, LA 2024’s vice-chair and director of Paralympic and disability engagement, said.

Among the stand-out performances at the Championships was that of local favourite Breanna Clark, who broke the women’s 400 metres T20 world record.

Clark, who won gold on her Paralympic debut in Rio de Janeiro last year, shaved more than one second off the previous record set in 2015 to cross the finish line in 56.71sec.

The 23-year-old, whose mother Rosalyn won Olympic silver in the 4x400m at the 1976 Games in Montreal, has sights on a strong showing in London.

"On the straightaway, I knew I had to reach the finish at my own pace without slowing up," Clark said.

"I hope to break another world record in London and bring home gold to add to my one from Rio."

"I’m not super happy with my time," the two-time Paralympian said of his performance in the 100m.

"But at the end of the day, the goal of this meet is to make the World Championship roster so I hope I can do that and represent Team USA in London this summer."

Another notable performance came from national championships debutant Isaac Jean-Paul, who smashed a 14-year-old world record T13 in the high jump by seven centimetres when he jumped 2.10m.

"I came into the meet just wanting to clear the bar because I’ve struggled in my last few races," he said.

"Clearing the first bar gave me confidence and then the bars after that were just extra.

"It was great; great opportunity; great place to compete; great people to compete in front of and overall a great event."

UCLA refurbishes its housing facilities every seven to eight years, meaning that all will have undergone at least one round of renovations by 2024.

At 60 hectares, LA 2024’s proposed Village would be the second most compact in the last six Summer Games.

All residents will be less than 50m from internal Village shuttle stops, and less than 300m from all essential dining, fitness, recreation and entertainment services.

Fifty-one per cent of Olympians and 62 per cent of Paralympians will be able to train at the Village, with all others training at their competition venue.

It is claimed the LA 2024 main athlete training centre will offer convenient access to a host of elite training, recovery, medical, wellness and nutrition facilities.