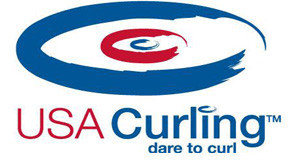 The United States will hold their mixed doubles curling trials for the Pyeongchang 2018 Olympics at Fogerty Arena in Minnesota, it has been announced.

Eight duos will contest the tournament at the US Olympic training site in Blaine, with the winners advancing to next year's Winter Olympic Games in South Korea.

Competition will take place between December 13 and 17.

The trials will be the first of their kind in the US as mixed doubles will make its Olympic debut at Pyeongchang 2018.

Among the teams taking part will be Matt and Rebecca Hamilton, who represented the US at last month's World Mixed Doubles Curling Championships.

They finished in 10th position in Lethbridge in Canada as Switzerland won the gold medal.

"It is certainly fitting to have the first-ever mixed doubles US Olympic Team Trials for curling in the same location as the first-ever US Olympic training site for the sport," said Rick Patzke, USA Curling's chief executive.

"The city of Blaine and the entire Twin Cities area have been outstanding supporters of this sport for a long time, and, of course, many of our nation's greatest curlers have called Minnesota home.

"We are excited for the opportunity to work with the professionals at Four Seasons Curling Club and Fogerty Arena to help put the sport's best face forward."

As well as the US, China, Canada, Russia, Switzerland, Norway, Finland and hosts South Korea have qualified for Pyeongchang 2018.