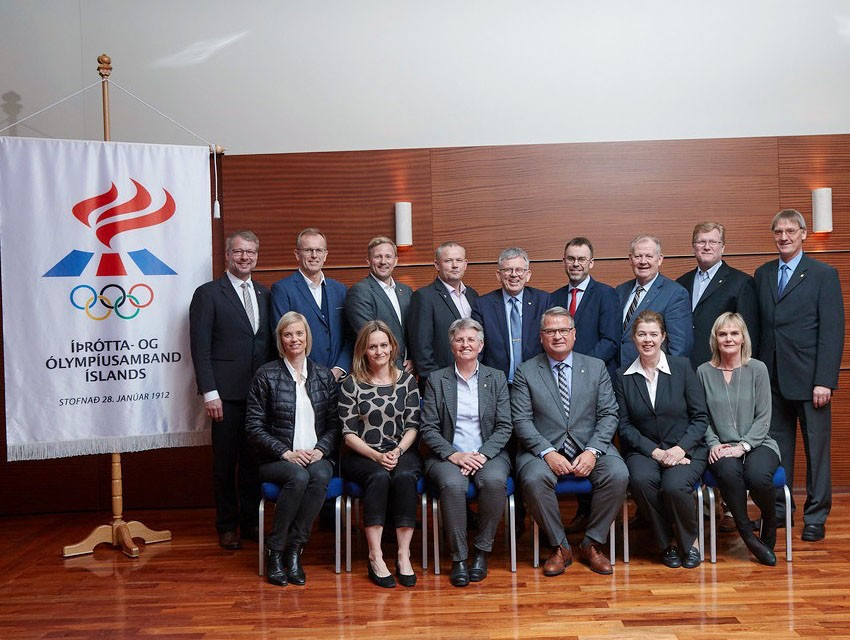 Larus Blondal has been re-elected as President of the National Olympic and Sports Committee of Iceland.

The 56-year-old ran unopposed for the role and was unanimously returned to office by applause.

He has been in the job since 2001 and will now serve a fifth term following the proceedings at the governing body's 73rd General Assembly in capital city Reykjavik.

In addition, Líney Rut Halldórsdóttir was re-elected for another term as secretary general.

Seven Executive Board members were elected for four year terms, with another seven voted in for terms of two years.

She came 40th in the women's all-around competition.

Eygló Ósk Gústafsdóttir made the final of the women's 200 metres backstroke after clocking a national record of 2min 08.84sec in her semi-final.

She then came last in the final won by Maya DiRado of the United States.

There was also a final appearance for Hrafnhildur Lúthersdóttir in the women's 100m breaststroke.

She finished sixth as Lilly King won the gold medal for the US.