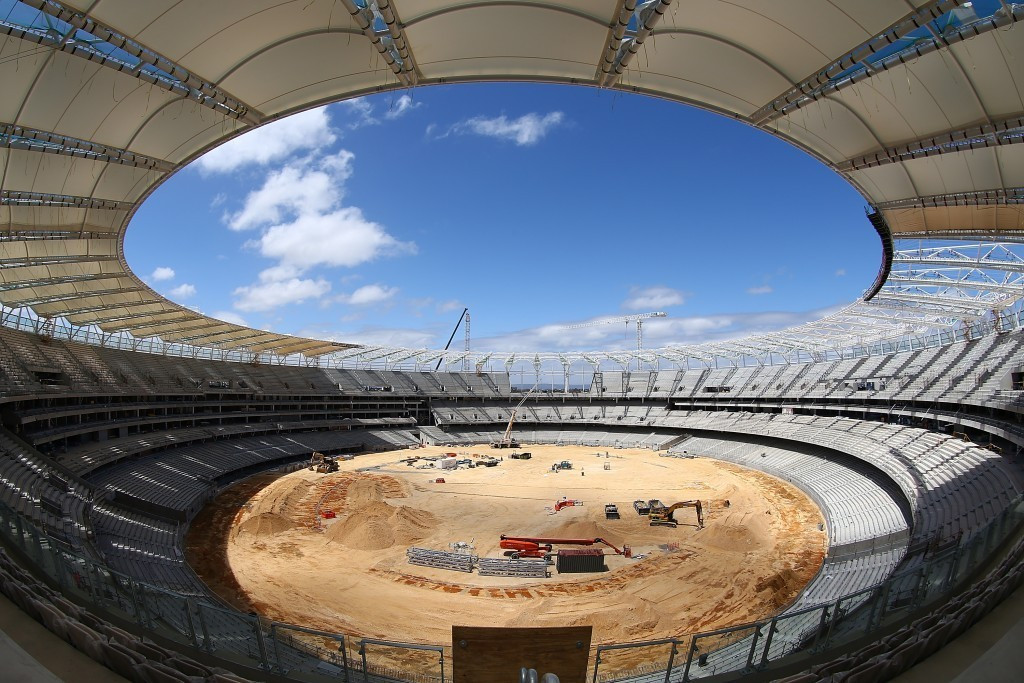 A new 60,000 capacity stadium in Perth which was due to host the third Test match during the Ashes later this year between Australia and England will not be finished in time.

The Western Australia Government and Cricket Australia (CA) confirmed today that the Perth Stadium will not be completed for the game due to be held between December 14 and 18 because of construction delays.

Action in the third out of five Tests will now take place at the WACA Ground, which has played host to Ashes Tests since 1970.

"It's good now we have some certainty around where the Perth Test match is going to be played," said CA chief executive James Sutherland.

"Coming to Perth, we knew it needed to be finished ahead of time and everything needed to come together, but it's still disappointing.

"We were really hoping the Test match could be played at this magnificent new stadium."

Despite not being ready in time for the Test, it is still hoped the stadium will be able to host a One-Day International between the two sides on January 28, with Sutherland saying there was a "strong chance" this will happen.

It is claimed the stadium is 82 per cent complete with 53,000 seats installed.

In March, Western Australia's Sports Minister Mick Murray backed Perth to step in and host the 2022 Commonwealth Games with the stadium playing a key part after Durban in South Africa was stripped of the event.

The Australian Commonwealth Games Association are set to choose between Perth, Adelaide, Melbourne and Sydney to be their candidate.

Bids are also set to come in from cities in England, Canada and Malaysia.

Another Australian city, Gold Coast, is hosting the 2018 Commonwealth Games.

Along with international and domestic cricket, the venue will be used by three Australian football sides.

The Ashes is the longest ongoing Test match series in cricket.

Although England and Australia first contested a Test against each other in 1877, the Ashes did not come into existence until five years later.

After Australia won a match at the Oval in London in 1882, the first time they had done so on English soil, British journalists described it as the death of cricket in the country.

Referring to these articles, England captain Ivo Bligh said he wanted to "recover those ashes" when they toured Australia later the same year, which eventually led to the series' name.

A small urn, believed to contain a burnt cricket ball, is presented to the winners at the end of the series.

England regained the Ashes when they were last played for in 2015, winning the series 3-2.