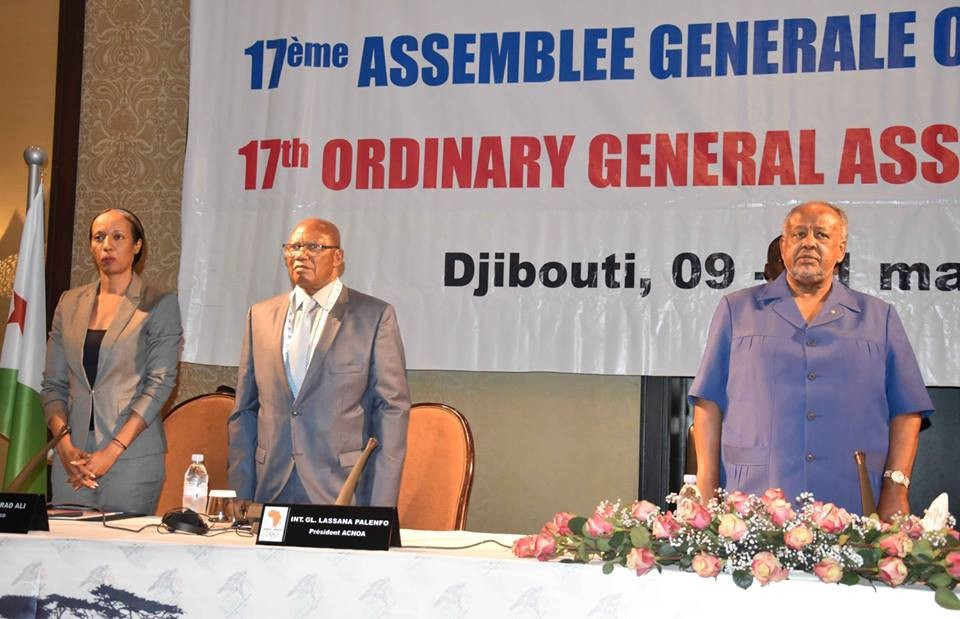 Bach addressed delegates gathered at the Assembly, congratulating the continent on their achievements at the Olympic Games in Rio de Janeiro last year.

The IOC President’s arrival was the hightlight of the opening day of the Assembly, due to last until Thursday (May 11).

The build-up, tough, has been overshadowed by a dispute over the election of the ANOCA President Cameroon's Malboum was suspended from taking part.

insidethegames understands Malboum has been unable to take part in the Assembly, having been denied accreditation.

He was due stand against incumbent the Ivory Coast's Lassana Palenfo, the President of ANOCA since 2005.

The decision to suspend him was made by the ANOCA Executive Committee on Sunday (May 7), although they have not yet formally announced the decision.

Malboum has allegedly been accused of illegally using the Government in Cameroon to campaign on his behalf.

Malboum has denied wrongdoing and claimedan internal document sent from the Cameroon National Olympic and Sports Committee to the country's National Government is at the centre of the row.

Malboum has claimed the document was obtained through "illegal means" and suggested the ANOCA Executive Committee were not entitled to make a decision.

He has asked for the General Assembly to decide his fate, warning he might take the case to the IOC Ethics Commission.

The dispute has appeared to pave the way for 76-year-old Palenfo to be re-elected as ANOCA President for a fourth term.

The election is due to take place tomorrow, including for four vice-presidents.

Elections for the secretary general and treasurer will take place, while zonal representatives and appointment of athletes to the ANOCA Executive Committee will be confirmed.

The day will also feature a presentation on the 2018 African Youth Games in Algiers.

Cape Verde is expected to be confirmed as the host of the inaugural African Beach Games, due to take place in 2019.

Updates will be provided on the 2018 Summer Youth Olympics in Buenos Aires and Tokyo 2020.

There were also reports from the organisation’s secretary general, Executive Committee and treasurer.