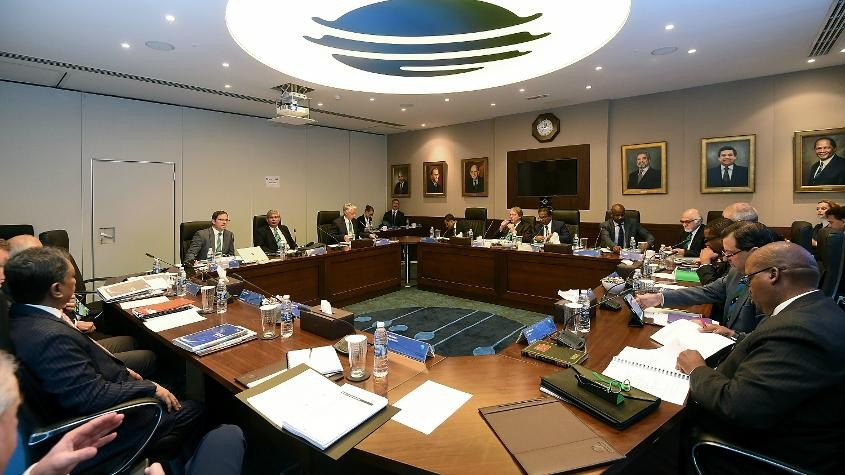 During a series of Board and Committee meetings in Dubai, the ICC gave their backing to proposals for the 2016 to 2023 period.

This included restructuring their financial support system which will see the Board of Control for Cricket in India (BCCI), who are thought to have wanted $570 million (£442 million/€523 million) of the global governing body's revenue, receive $293 million (£227 million/€269 million).

The England and Wales Cricket Board (ECB) will get $143 million (£111 million/€131 million) while the other national governing bodies of the 10 Full Members except for Zimbabwe will each receive $132 million (£102 million/€121 million).

Zimbabwe Cricket will be given £94 million (£73 million/€86 million) and Associate Members, countries who play One Day Internationals and Twenty20s but not Tests, will receive $280 million (£217 million/€257 million).

The ICC also approved a new constitution which will work towards getting more nations playing Test cricket, equal weight of votes for all Board members regardless of membership status and bringing in an independent female director.

The financial model plan was backed by 13 out of the 14 voters while the constitution was supported by 12 members.

"This is another step forward for world cricket and I look forward to concluding the work at the Annual Conference," ICC chairman Shashank Manohar said.

"I am confident we can provide a strong foundation for the sport to grow and improve globally in the future through the adoption of the revised financial model and governance structure."

In 2014, the ICC approved proposals for a restructure which included an executive committee consisting of five members, three of which would be representing the BCCI, ECB and Cricket Australia.

However, this angered other Full Members, particularly the Pakistan Cricket Board and Cricket South Africa, who felt the plans gave too much power to the "Big Three".

Other proposals approved by the ICC included looking into the bilateral international fixture calendar in a bid to reduce congestion of games and a new Code of Ethics.

The revised constitution and financial model will be put forward for ratification at the ICC Full Council meeting due to take place in June.