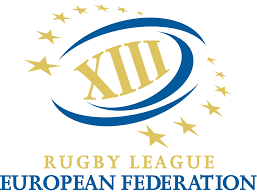 Bulgaria has had its application for observer membership status approved by the Rugby League European Federation (RLEF) Board.

Following its latest meeting in London, the Board agreed to let the Eastern European nation join their organisation.

They also revealed that three other nations’ applications are in their planning stages and that it had received the latest information from an extensive membership audit.

The audit reported that seven full and three affiliate members grew their participation.

RLEF chair Maurice Watkins claimed more nations were audited than ever before, with 10 full, nine affiliate and 15 observers scrutinised.

"The RLEF led the drive to raise standards in 2013 which resulted in the adoption of the universal membership policy in Brisbane in 2014," he said.

"While the adjustment to meet those standards continues in some nations, we are confident that the policy provides a robust framework and will result in stronger members with greater capacity."

The Jamaican Rugby League Association (JRLA), a full member of the RLEF since February 2013, was singled out for particular praise with Watkins stating the body "deserves a lot of credit" following a record-breaking year.

"Having played 100 13-a-side domestic matches in the preceding two seasons, in 2015-16 JRLA administered 138 games and is well established as the fourth most active member in the RLEF, behind England, France and Wales," he said.

"In addition, JRLA increased its locally generated income by 12 per cent, thanks in large part to record Government investment."

Wales Rugby League, which earlier this month announced it had received record funding from Sport Wales, is said to be in its strongest historical financial position after its first full year of incorporation.

"The audit also illustrates some of the challenges we face," Watkins added.

"In predominantly volunteer-driven organisations, it is clear that strengthening the layer of governance below National Federation level is very important.

"Our national members must ensure that their clubs and associations recognise and adhere to good practice so they are stable entities in their own right.

"Some of our full members experience disruption to their championship seasons through weak clubs, meaning match completion rates in the 50 to 60 per cent range, which impacts negatively on the rest of the organisation.

"That is something we intend addressing in our next strategic cycle, but the Board is prepared to take necessary action to re-categorise members who are unable to meet membership standards.

"A number of our observers have also experienced considerable difficulty in sustaining their activity following the loss of key personnel, which reminds us of the importance of volunteerism, which remains a strategic priority for the EU (European Union)."

The Board also approved plans to create a new website, which is expected to be live next month.

It will blend RLEF members’ social media activity and incorporate three separate areas, including the European Championship, which will be presented in its own microsite.

A site for the membership organisations themselves will also feature along with the technical portal launched earlier this year that provides training and education services to RLEF members.