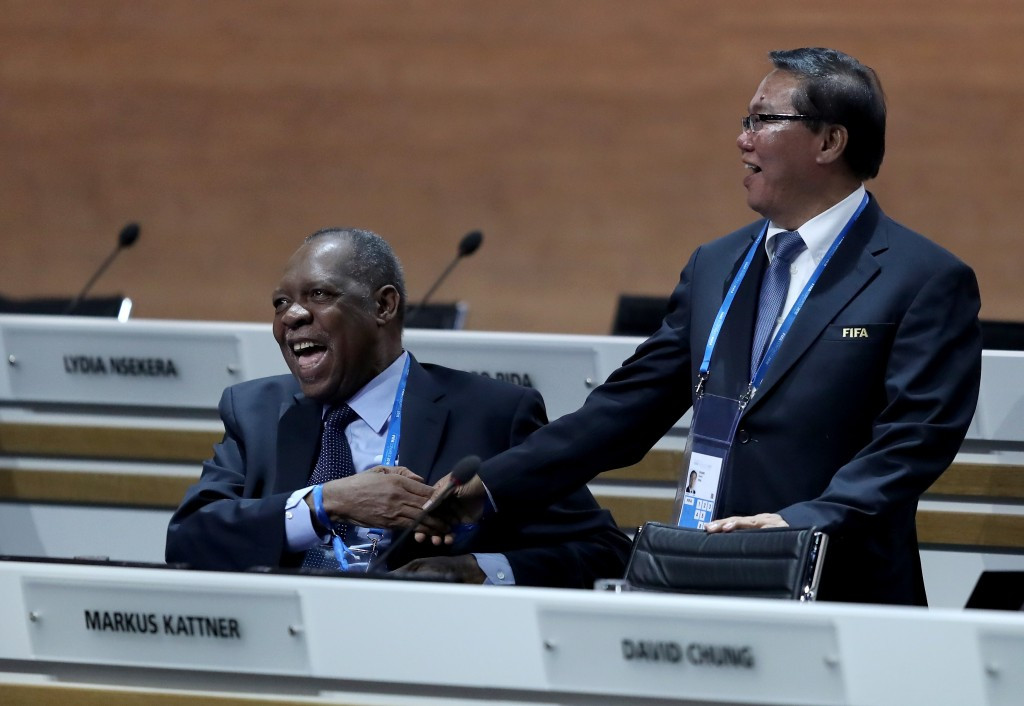 The Oceania Football Confederation (OFC) has announced its backing for the joint effort from the United States, Canada and Mexico to be awarded the 2026 World Cup without a bidding process.

In a statement, the 11-members of the OFC said a proposal to expedite the awarding of the 2026 World Cup to the three countries, which is due to be discussed at FIFA's Congress in Bahrain next month, had their "full support".

The OFC agreed that the three nations should be given an "exclusive period" of negotiations with FIFA.

OFC President David Chung, also a FIFA vice-president and member of the organisation's ruling Council, claims it "makes sense on a rotational basis" that the Confederation of North, Central American and Caribbean Association Football (CONCACAF) should be given the rights to the 2026 competition.

"These three nations have the appropriate infrastructure in place to host the enlarged 48 team, 80 match event," said Chung.

"In addition, CONCACAF has not hosted the world’s premier football tournament since 1994, so it makes sense on a rotational basis that the World Cup returns to the Confederation.”

FIFA usually decides World Cup host cities six years before the event, meaning a vote on 2026 would not be staged until 2020, but the US, Canada and Mexico could be awarded the tournament potentially as early as June 2018.

The three nations are hoping world football's governing body will implement a non-competitive bid window which would see them granted the hosting rights without the usual process.

It would involve the establishment of a period where they would produce a report on various aspects needed for the World Cup, such as stadium capacities and infrastructure.

Should they meet FIFA's requirements, which would seem likely judging by the wealth of footballing facilities across the three countries, they would be awarded the event without competing against any other candidates.

A decision on the proposal is set to be taken at the FIFA Congress in Manama on May 11.

The US, Canadian and Mexican bid is the overwhelming favourite to secure the rights for the 2026 competition.

Due to FIFA's rotation rules, Europe and Asia cannot bid, while Argentina and Uruguay are thought to be interested in 2030 to mark the 100-year anniversary of the first-ever World Cup.

Morocco could still launch a bid for the 2026 tournament, but it is thought an African bid would struggle in comparison with the financial weight behind the joint attempt from the US, Canada and Mexico.

The 2026 tournament will be the largest-ever edition of the World Cup after the FIFA Council agreed to expand the competition by 16 teams as part of plans spearheaded by President Gianni Infantino.

Forty-eight countries will be split into 16 groups of three, with the top two in each progressing to a 32-nation knock-out round.

Should the three-nation bid earn hosting rights, a debate is likely to ensue as to whether each should receive automatic qualification to the tournament.