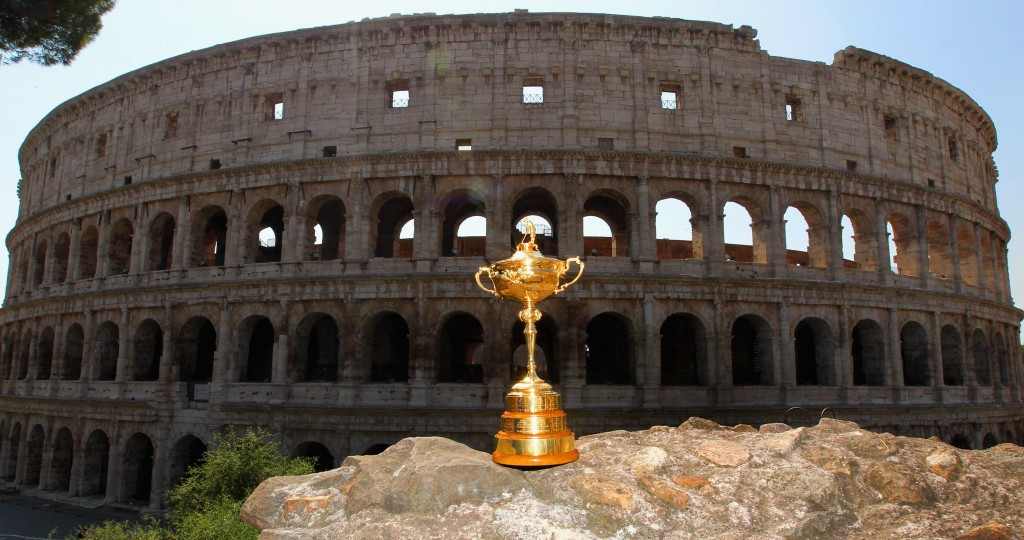 Fears that Rome would not be able to host the Ryder Cup in 2022 have been eased after the Italian Government signed off on a financial guarantee.

At the same time they also formally agreed to financially back the 2021 Alpine Ski World Championships in Cortina d’Ampezzo.

Ryder Cup 2022 director Gian Paolo Montali had warned last month that Italy could lose the hosting rights for the tournament if they did not deliver €97 million (£84 million/$102 million) of guarantees in the next two weeks.

That deadline was missed but now the Government's Council of Ministers have agreed to help fund the event at the Marco Simone Golf and Country Club, 17 kilometres outside Rome, following a meeting last night.

But €40 million (£34 million/$42 million) will be guaranteed through an agreement with the Swiss-based Infront Sports & Media agency that is set to be officially announced tomorrow.

It means the Government will be responsible for only €57 million (£48 million/$60 million) of the funding.

The Italian Golf Federation have estimated that it will cost them €150 million (£127 million/$159 million) to host the biennial event between Europe and the United States but that ticket sales, sponsorship and merchandise will raise €170 million (£144 million/$180 million).

Some Italian politicians had campaigned against the country hosting the Ryder Cup because they claimed it was a waste of resources which could be spent on other priorities.

Rome’s bid for the 2024 Olympic and Paralympic Games faced similar opposition before it was withdrawn last September.

Italy was awarded the 2022 Ryder Cup in December 2015 after beating rival bids from Austria, Germany and Spain.

Dubbed as "golf's greatest team event", Europe has only hosted the Ryder Cup outside of the Great Britain and Ireland once, at the Club de Golf Valderrama in Spain in 1997.

France are due to stage the tournament at Le Golf National in 2018, a course near to capital Paris, which is bidding for the 2024 Olympics and Paralympics along with Los Angeles.

The 2020 Ryder Cup is due to be staged in the US at the Whistling Straits in Kohler in Wisconsin.