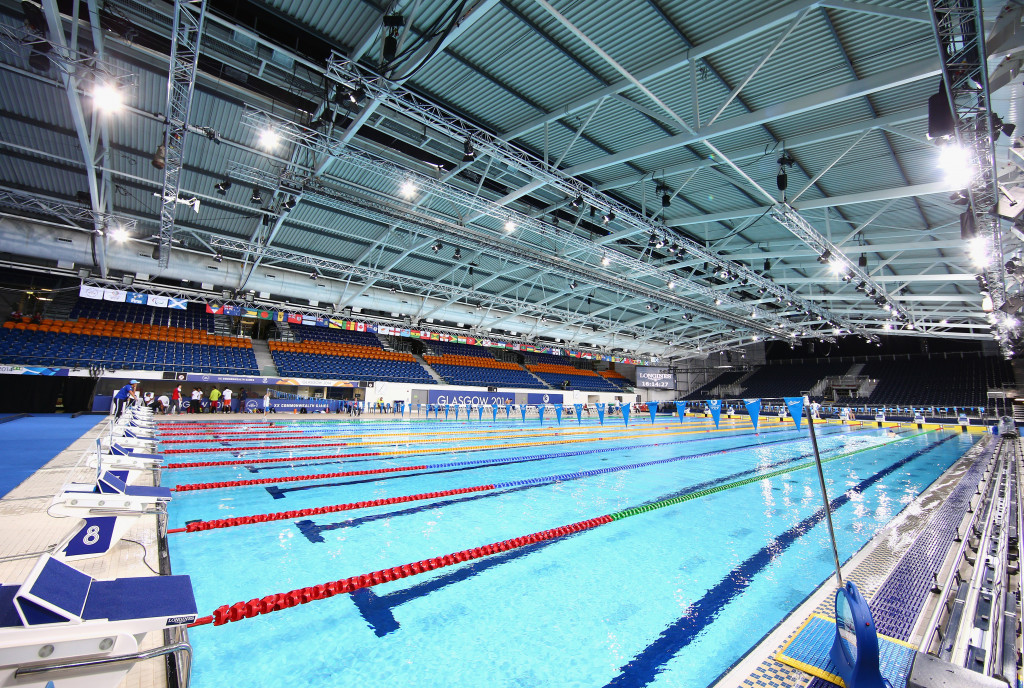 Glasgow has been selected to host the 2019 European Short Course Swimming Championships.

The event, which is scheduled to take place at the Tollcross International Swimming Centre from December 4 to 8, will be delivered in partnership by Glasgow Life on behalf of Glasgow City Council, EventScotland, British Swimming and UK Sport.

It was last held in Great Britain in 1998, when English city Sheffield played host to the continent’s leading swimmers.

"This is a really important Championships which will be the last event of 2019 - the year before the Olympics in Tokyo," British Swimming chief executive David Sparkes said.

"We're delighted that it will be held in Glasgow, following the successful bid and efforts of all partners, and we will be looking forward to seeing some strong performances as new talent emerges on the eve of the Olympic Games."

Competition will be made up of 40 short course swimming events and will come a year after Glasgow stages the 2018 European Championships alongside Germany’s capital Berlin.

The inaugural European Championships will see existing continental competitions in aquatics, cycling, golf, gymnastics, rowing and triathlon held in Glasgow at the same time, while athletics will take place in Berlin.

"This event will leave a lasting legacy for Glasgow, inspiring a new generation of swimmers and encouraging young people to make the most of our free-swimming initiative.

"It will also provide an early legacy success from Glasgow hosting the 2018 European Championships.

"As one of the top five sporting cities in the world, we are confident our experience in delivering world-class events, and our close relationship with partners, will help us ensure the European Short Course Swimming Championships 2019 is a hugely successful and stand-out event."

Paul Bush, VisitScotland’s director of events, added: "I am delighted Scotland has been awarded the European Short Course Swimming Championships 2019.

"This is a fantastic event and a great addition to our already impressive calendar of swimming events taking place in the coming years, including the 2018 European Championships in Glasgow and the European Junior Championships in Aberdeen in 2020."

The decision to award the biennial event to Glasgow was made at a meeting of the European Swimming Federation (LEN) Bureau in Swedish city Gothenburg.

The most recent edition of the Championships was held in Israeli city Netanya, where Hungary topped the medal table with 11 golds, three silvers and one bronze.