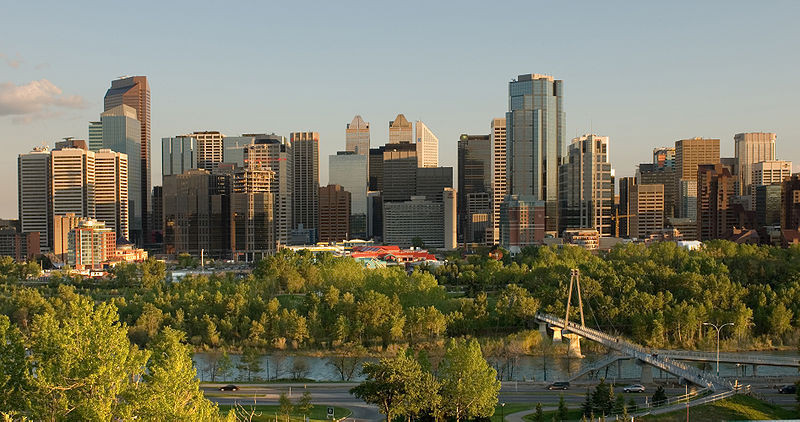 A media-commissioned poll has indicated that 61 per cent of Calgary citizens support the city's potential bid for the 2026 Winter Olympic and Paralympic Games.

The poll, commissioned by the Postmedia group, owner of several newspapers including the Calgary Herald, consulted 831 citizens using both land lines and mobile phones.

A total of 28 per cent per cent said they would like the bid to be abandoned while a further 11 per cent were unsure.

The Calgary Bid Exploration Committee (CBEC) is continuing studying whether the Canadian city should press ahead with the bid.

Out of those supporting the idea, 64 per cent reportedly cited "civic pride" as their driving motivation.

Another 18 per cent said they would support a bid for the entertainment value of the Games, with 11 per cent citing economic benefits.

Of those who opposed the plans, 23 per cent said it was because they had no interest with the Olympics.

Five per cent opposed it on the grounds that they had no chance of being awarded the Games.

Support was lowest among those 65 and older, while those aged 18 to 34 showed the least opposition.

“These numbers don’t surprise me at all, especially for Calgary,” said pollster Quito Maggi.

"These numbers don’t surprise me at all, especially for Calgary," said pollster Quito Maggi

"The [1988] Calgary Olympics were a really special thing for Canada, and certainly for Calgarians.

"If you were to go beyond Calgary, I think most Canadians would support a bid because there is that pride, and there is a chance to be at the top or near the top of the world."

The poll comes after CBEC head Rick Hanson had expressed surprise about the level of cynicism the possible bid had received.

"The biggest barrier to what we’re doing is the overall lack of trust that people have about Olympics in general,” he told a Postmedia Group Editorial Board.

"People have become really cynical - about the Olympics especially."

Recent bids bids for the 2024 Summer Olympics from Hamburg, Rome and Budapest have all been derailed by a combination of public and political opposition.

Erzurum in Turkey became the latest place to express interest in a potential 2026 bid last month.

A bid from Sion in Switzerland is set to be rubber-stamped on April 11, although it could still be subject to a referendum.

Austrian city Innsbruck are also considering bidding for the 2026 Winter Olympics and could be joined by Japanese entrant Sapporo, host in 1972, and Almaty, the former Kazakhstan capital, second behind Beijing in the 2022 race.

Sweden are also investigating whether to bid or not.

The IOC is scheduled to make a decision in 2019.