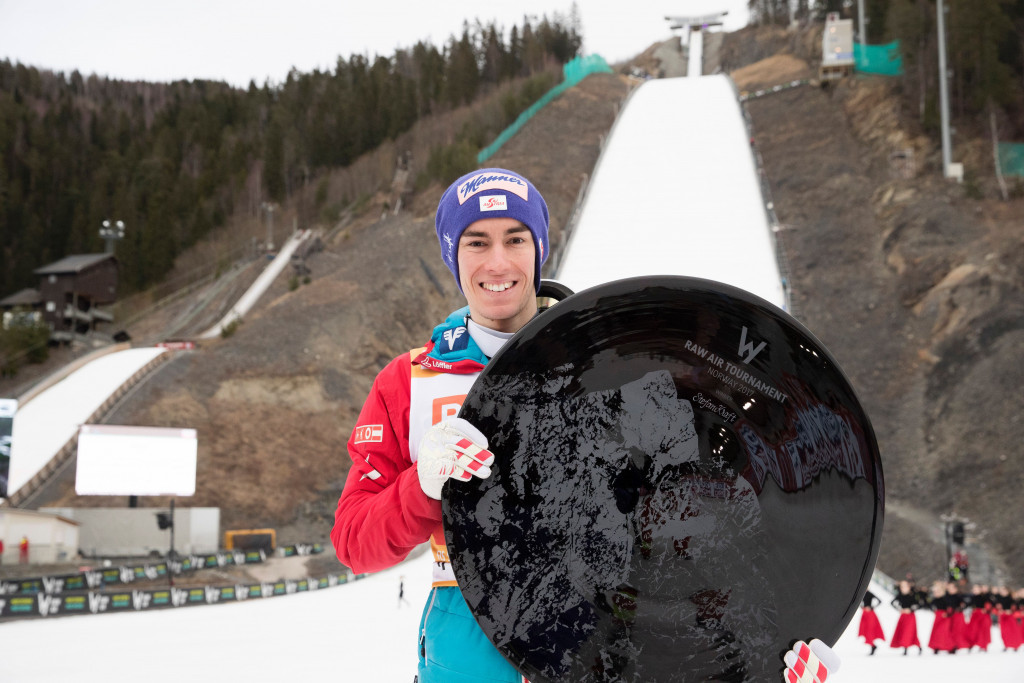 Poland's Kamil Stoch won the latest leg of the International Ski Federation (FIS) Ski Jumping World Cup season in Vikersund in Norway but it was not enough to prevent Stefan Kraft from winning the inaugural Raw Air Tournament.

Raw Air has featured 10 events in as many days at four Norwegian venues with all of the competitions also contributing to the World Cup standings.

Kraft was only fifth but the Austrian still did enough to maintain his Raw Air lead.

He has won the first edition of the tournament with 2,298.1 points, with Stoch having to settle for second.

The World Cup season concludes in Slovenia next weekend, with two competitions in Planica.